The outbreak of the coronavirus pandemic resulted in one of the worst quarters in history in the financial markets. In such a scenario, funds focused on buying stocks that score well on environmental, social, and governance-related metrics proved to be a safer harbor for investors: Morningstar research shows that in the first quarter of 2020—especially in March—sustainable equity funds overall fared better than their conventional peers, and passive sustainable equity funds fared better than those following conventional market indexes.

Of course, that does not mean that ESG equity funds can escape losing money when stocks are in correction territory. Nevertheless, this latest crisis has certainly demonstrated the greater resilience of sustainable investing, as sustainable funds weathered the downturn better than their conventional peers.

According to the latest edition of the Morningstar Sustainability Atlas, European countries—particularly those in the north—lead the pack in ESG practices. This is somewhat expected, since those nations have always been ahead of the curve on this front, but a few other countries also feature exceptionally strong sustainability profiles. Financial advisors and asset managers can use this data to identify countries with the greatest ESG investment opportunities and most significant risks.

Here, we explore some key findings about the ESG practices of countries around the world.

As in previous editions of the Sustainability Atlas, the Nordics and eurozone came out on top of sustainability rankings. Specifically, the Netherlands has the strongest overall score, followed by Finland and Sweden. Hong Kong is the world’s best-scoring non-European market for sustainability; Taiwan also lands in the first quintile in terms of sustainability.

On the other hand, several big Asian markets score poorly on sustainability: Japan and China land in the third quintile and South Korea in the fourth. And a group of Middle Eastern, Latin American, and Eastern European emerging markets, including Russia and Brazil, occupy the globe’s bottom quintile. The full set of rankings is shown on the map below. 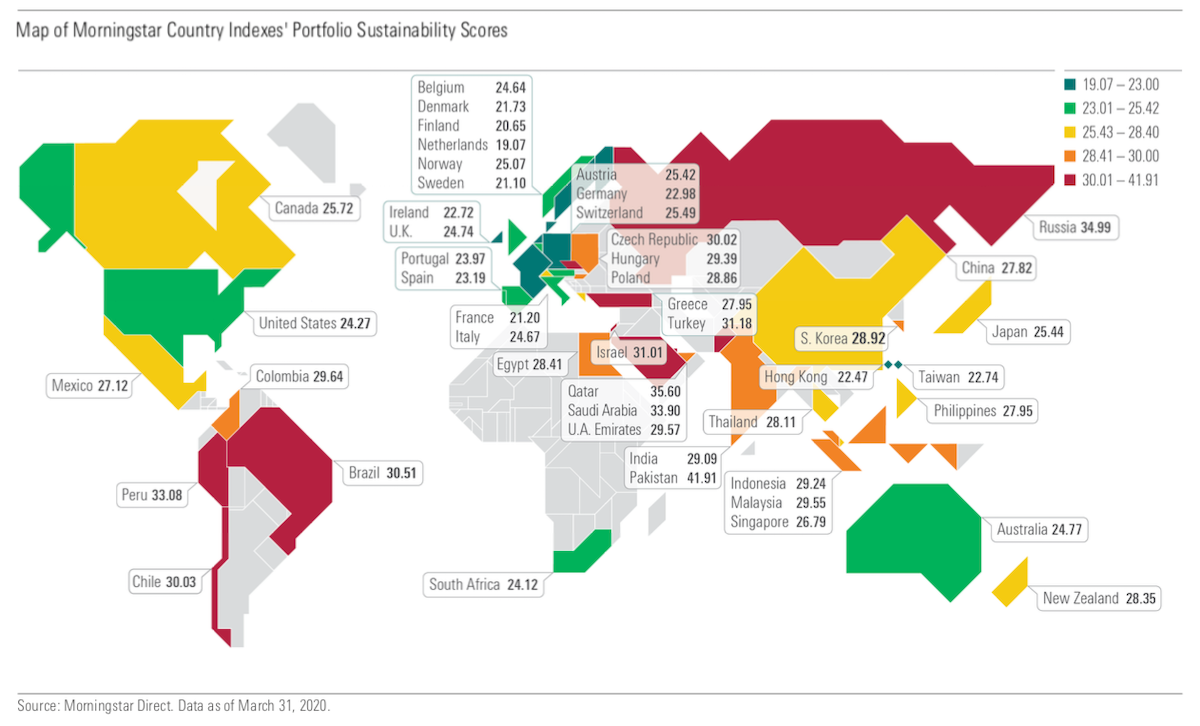 A few additional highlights include:

Western European markets like Switzerland, the Netherlands, Denmark, Sweden, Belgium, and France carry the lowest levels of carbon risk, as do South Africa and the U.S. The full map of scores is shown below. 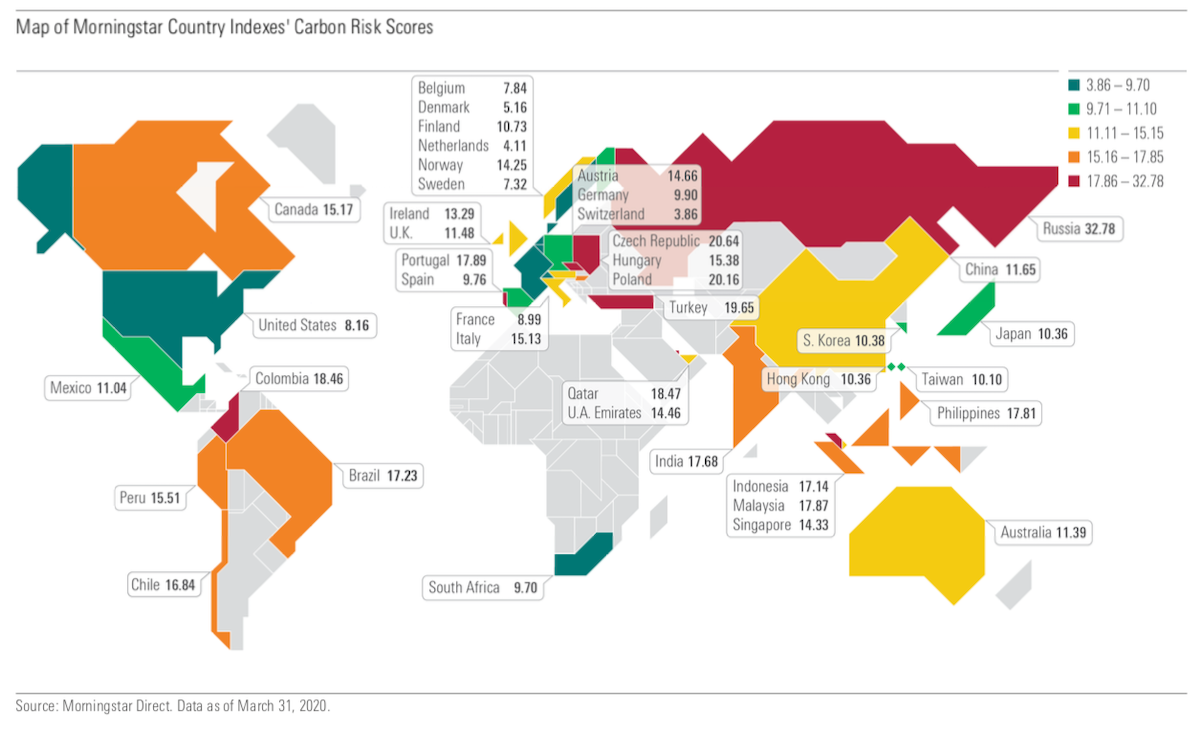 Despite being the world’s second-largest carbon emitter, the U.S. has a low level of stock market value that is at risk from the transition to a low-carbon economy. This is because healthcare and technology companies represent more than 37% of U.S. equity market cap and financials stocks account for almost 14%, while energy is around just 2.5%.

On the flip side is Russia, which holds nearly 55% of its market cap in energy stocks and consequently carries the world’s highest level of carbon risk.

Download the “Morningstar Sustainability Atlas” for more insights on country-specific sustainability profiles.
Get My Copy