China’s economy remains in the doldrums. Growth bumped up slightly in the second quarter according to our broad proxy (despite officially reported growth being down); this was probably spurred by the rebound in credit growth in the first quarter. However, credit growth stalled out in the second quarter, and we believe it will continue to do so, signaling flat economic growth for the rest of this year. Meanwhile, the trade war impact looms, with the average U.S. tariff rate on China set to surge to 17.5% pending the September implementation of the recently ordered tariffs on all of the remaining untargeted imports, sending China’s currency into steep depreciation so far in August. 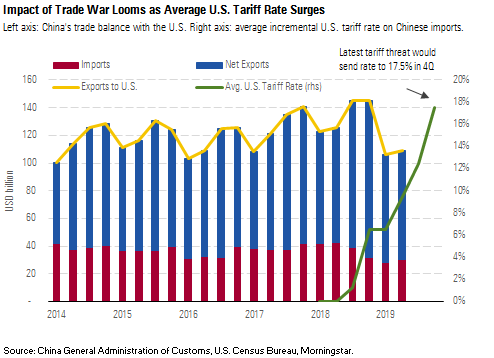