Long-term global flows nearly doubled in 2019 to $1 trillion. Money market funds also saw robust inflows of nearly $600 billion, the group’s greatest haul since 2008. On a net basis, nearly all this $1 trillion in long-term flows went into fixed-income funds, which received record inflows and easily surpassed the prior record of $869 billion set in 2017. This wave of demand occurred despite low interest rates globally—and even negative interest rates in some European markets.

In our annual global fund flows report, we dig into these trends and what they demonstrate about investor behavior. Here are a few of our key learnings.

Global flows show Asia and Europe punching above their weight

Total flows—including both money market and long-term funds—added up to $1.6 trillion in 2019, as shown on the chart below.

Source: Morningstar Direct Asset Flows. Only funds that existed on Dec. 31, 2019, were included in the data throughout this report.

The United States accounted for 55% of global flows. This was slightly below its market share as defined by total assets, which ended the year at 57%, or nearly $24 trillion.

By contrast, Asia and Europe each punched a bit above their weight.

U.S. inflows accounted for an even smaller percentage of long-term (excluding money market funds) flows in 2019, at just 39.1% of global long-term flows. This means that the rest of the world sent $621 billion to long-term funds, or 60.9% of the total.

At the same time, as shown on the chart below, the U.S. collected about $488 billion in money market flows. This was a whopping 82.6% of money market inflows, despite the country having just 64.3% of total money market assets. It isn’t clear why U.S. investors preferred money market funds to a much greater extent than their overseas counterparts, so we plan to assess whether this pattern repeats in 2020. 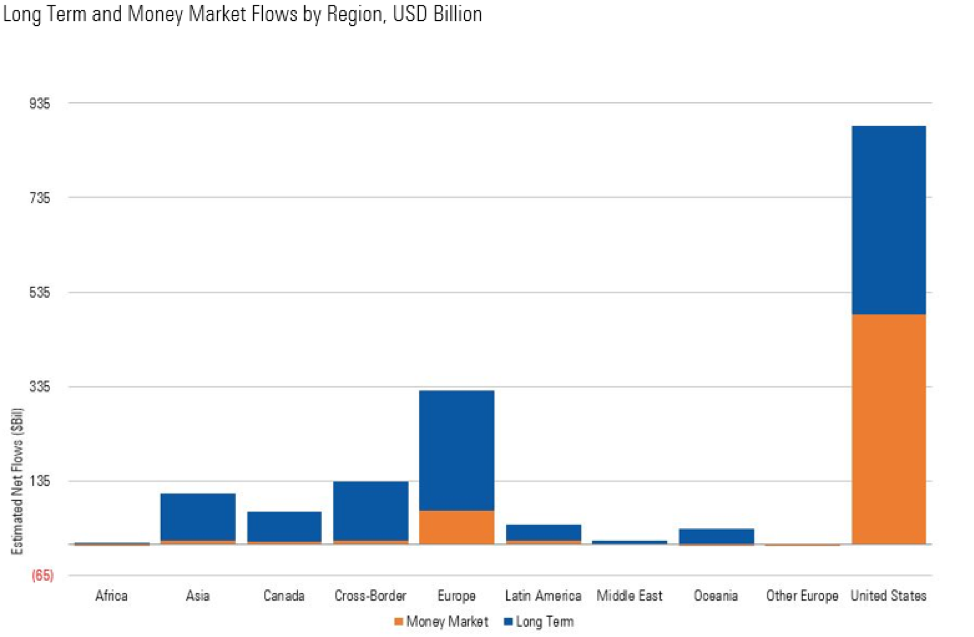 Money market funds come out on top for organic growth

When evaluated through the lens of 2019 organic growth by global category group, here’s how the year’s leaders take shape:

These trends are shown on the chart below. 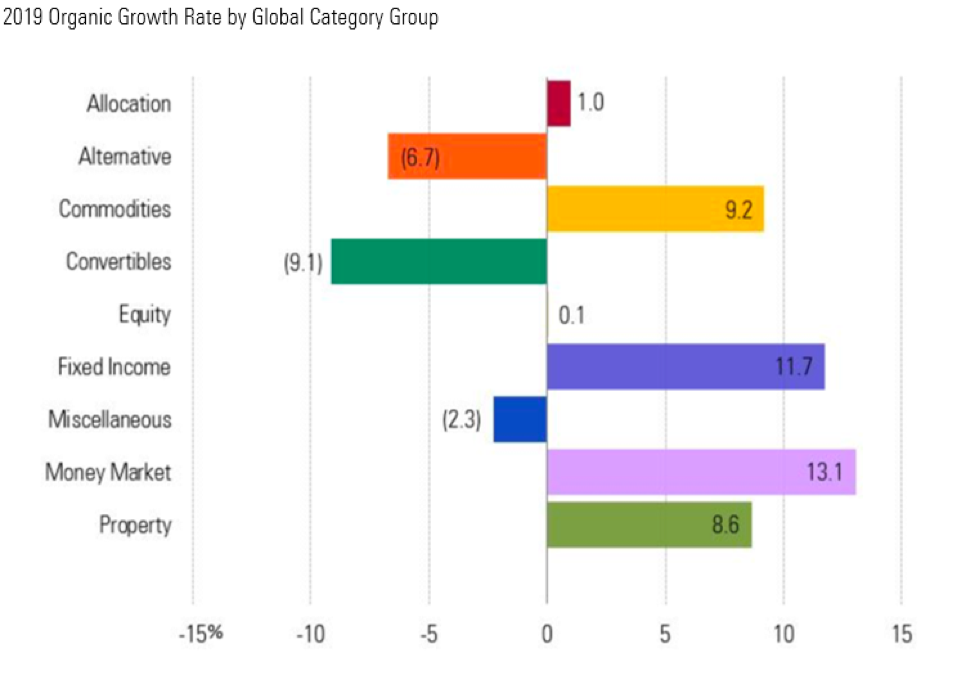 Flows into passive funds break down by region as follows:

This distribution is shown on the chart below. 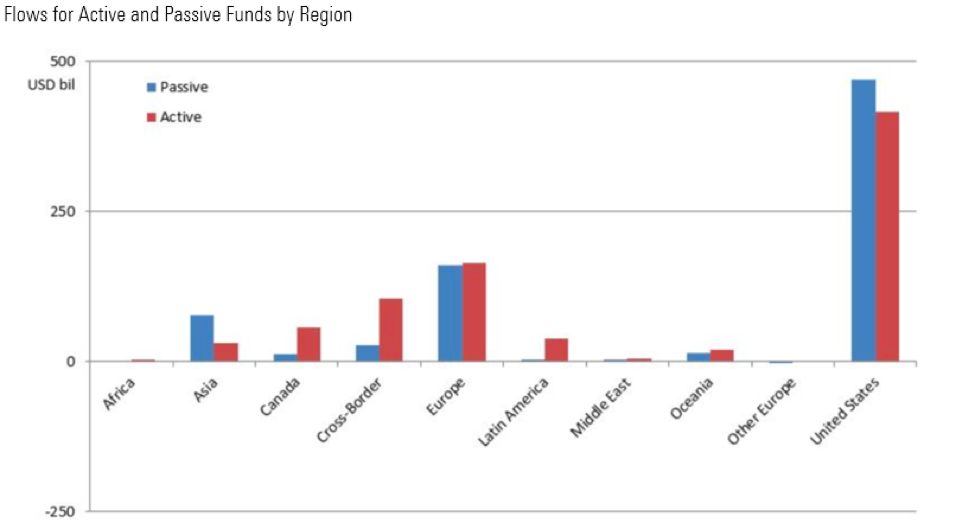 Global flows into active and passive funds by category 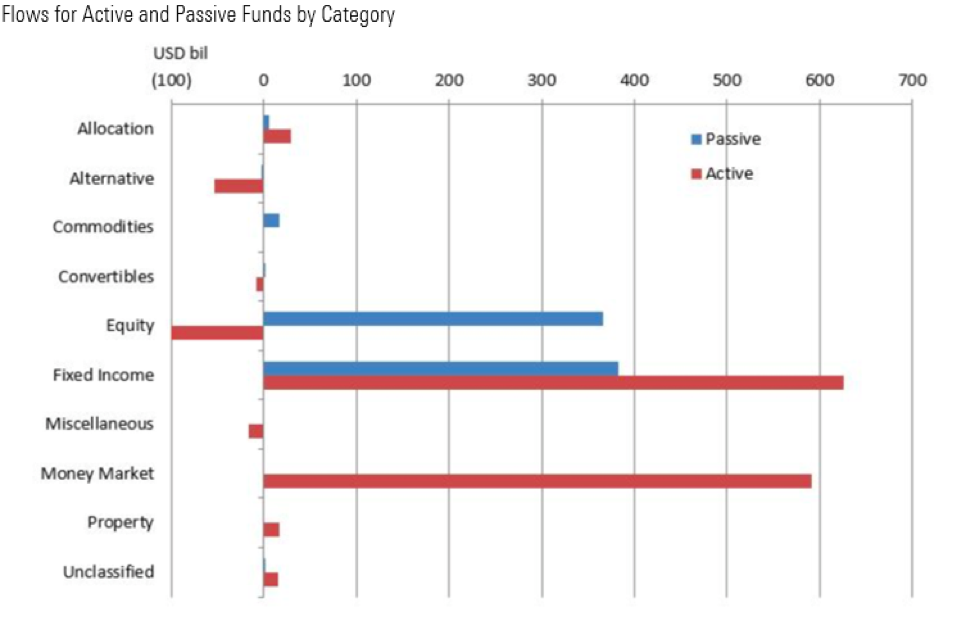 To take a deeper dive into 2019 global flows, download the full report.
Get My Copy