Traditionally, ratings systems are evaluated from the perspective of choosing the best possible investment. However, avoiding poorly performing investments can be equally important in improving investor outcomes.

Often, investors do not choose investments from scratch; rather, they have already invested in certain funds and need to decide whether to switch out of their current fund selection. If the investor decides to switch, it may be unclear as to what constitutes a superior alternative.

With this perspective in mind, we take a new look at how the Morningstar Quantitative Rating for Funds can help answer the question.

We conducted an event study to evaluate whether the MQR produced ratings that improved fund selection and helped choose funds that are superior to their peers. The analysis relied on grouping funds by their Morningstar Quantitative Rating, averaging their future performance, and looking at excess returns. 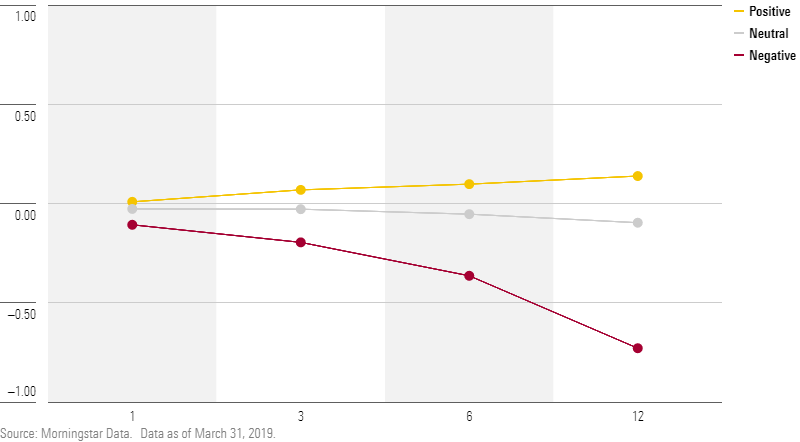 The event study’s findings include:

How the MQR may impact fund selection for new funds

We conducted a similar event study focused specifically on funds that have existed for 12 months or fewer at the time of rating.

Like with the initial event study, the ratings groups sorted properly. As the chart below shows, the biggest gap in performance after 12 months was between the Negative and Neutral ratings, which returned 39 basis points below and 18 basis points above the category average, respectively. Negative funds do particularly poorly relative to their peers, so an investor could seek better outcomes by switching to a Neutral fund. 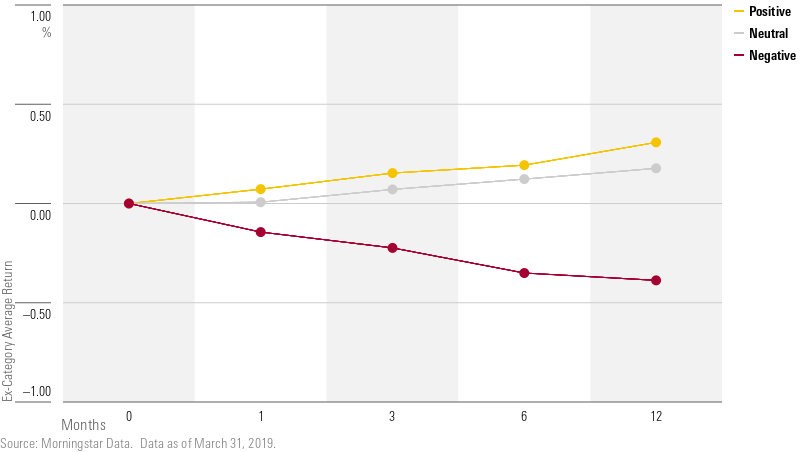 These observations can be particularly helpful for new funds, which may have little information to help advisors evaluate the fund.

How the MQR may impact fund selection for older funds

We also examined this data for funds that are a bit older (existing for 36 to 60 months). The chart below shows that this data set yielded a similar separation between the differently rated funds. 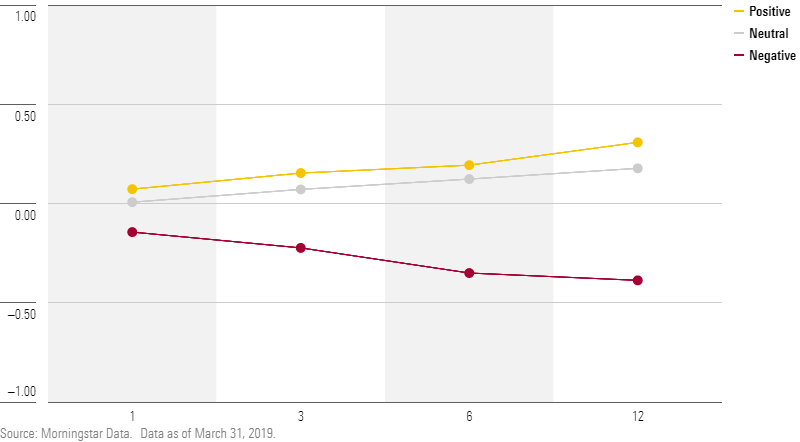 Though the MQR is still able to effectively distinguish the quality of new funds, it does a better job of separating funds with a longer track record because there is more data to leverage. This explains why the MQR can more confidently place poor funds in the Negative group, resulting in the Negative group underperforming by a wider margin than when newer funds are rated.

How financial advisors can use the MQR to optimize fund selection

These findings suggest that if an advisor is examining multiple investment options, the MQR can help steer them away from inferior funds. Advisors may consider:

Our analyses show that the Morningstar Quantitative Rating for Funds is effective at separating funds based on how they perform after the rating. It also benefits advisors and investors by demonstrating which funds to avoid, rather than which funds to select.

To learn more about how the Morningstar Quantitative Rating differs from our analysts' analyses, check out this video.

For the full methodology and analysis, download “The Morningstar Quantitative Rating as a Fund Deselection Tool.”
Get My Copy