Global long-term funds had their weakest inflows since 2011 with $606 billion in 2018, a massive drop-off from 2017's record $2 trillion. As volatility surged in the fourth quarter, many investors retreated to money market funds, which had their best year since 2008 with inflows of $331 billion and organic growth of 7.8%; yet, fixed-income funds took the brunt of this risk aversion much more than equity funds. What was perhaps most striking in 2018 was how consistent these trends were across regions. Regardless of domicile, investors seemed to share similar preferences.

Slowdown in 2018 long-term fund flows was a global phenomenon

The only region to defy this trend in 2018 was Asia, which saw long-term flows increase from $126 billion to $169 billion. As shown in the graph below, Asia’s organic growth led all major regions, but this growth comes with a caveat. The Bank of Japan’s intervention, which included buying $65 billion worth of exchange-traded funds, accounted for much of this increase. 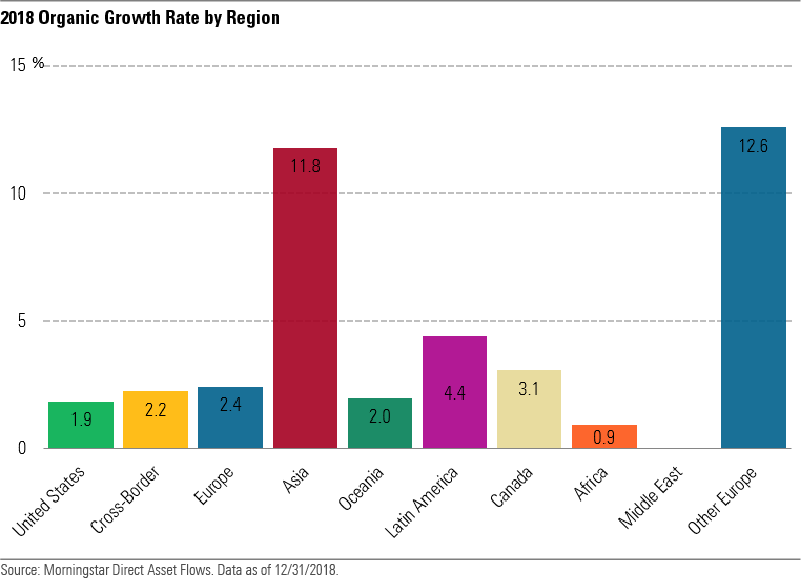 Conversely, the most-redeemed funds typically had credit exposure of some kind. European-bond funds Carmignac Sécurité, a short-term bond fund in France, and Allianz Floating Rate Notes Plus saw $2.4 billion and $2.2 billion of outflows in 2018, respectively. India fixed income had the greatest outflows within the group, at $31 billion. HDFC Floating Rate Debt had the greatest outflows among that group with $1.2 billion.

Meanwhile, the cryptically named unclassified category of funds saw the greatest organic growth, as seen in the graph below. Brazil’s Itau Flexprev Master FI RF, which in reality is a fixed-income-heavy allocation fund, saw the greatest flows from this group, $2.5 billion. 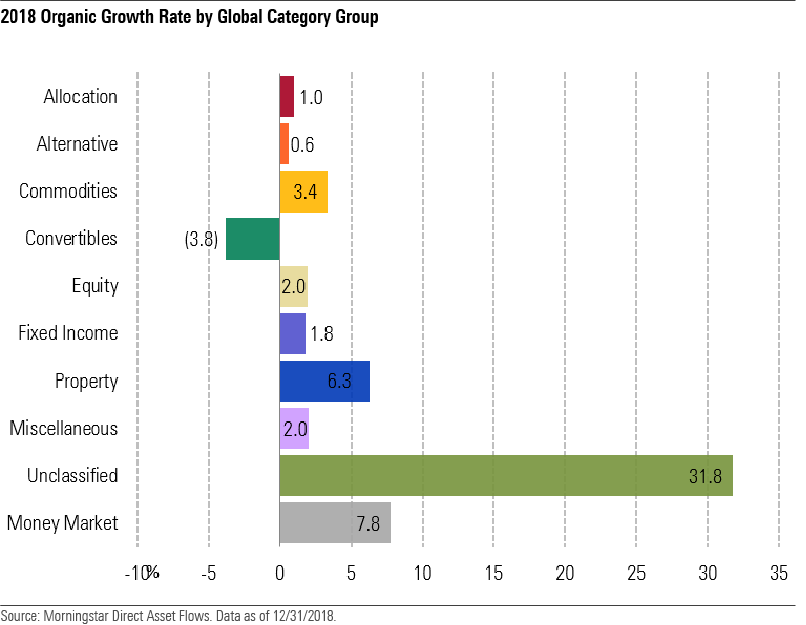 Despite the MSCI All-Country World Index falling 7.7% (in local terms) in 2018, investors still deposited $352 billion into equity funds. Although this was a big drop from 2017's $604 billion, it was far better than inflows during the prior two corrections in 2011 and 2016, when equity funds collected just $40 billion and $51 billion, respectively. In fact, despite the index's 12.5% loss in 2018's fourth quarter, equity funds still had positive inflows of nearly $27 billion. Plus, all major regions saw significant equity inflows, showing geographic consistency.

This resilience may owe largely to the increasing prominence of target-date funds and similar managed-portfolio solutions, and the underlying funds used by them. Because such portfolios have fixed percentage allocations to their underlying funds, it's likely that fourth-quarter equity flows were positive in part because of falling stock prices. That is to say, such managed portfolios would have been forced to invest more in equity funds in order to maintain their target allocations. If this was indeed the catalyst, it's a big shift from the days of investors chasing the latest hot fund.

While the U.S. led the major regions with $459 billion in total index flows, demand was strong globally. Asia had about $117 billion in passive inflows, although, as mentioned above, this was heavily influenced by the Bank of Japan's intervention, while European investors directed about $80 billion to index funds. 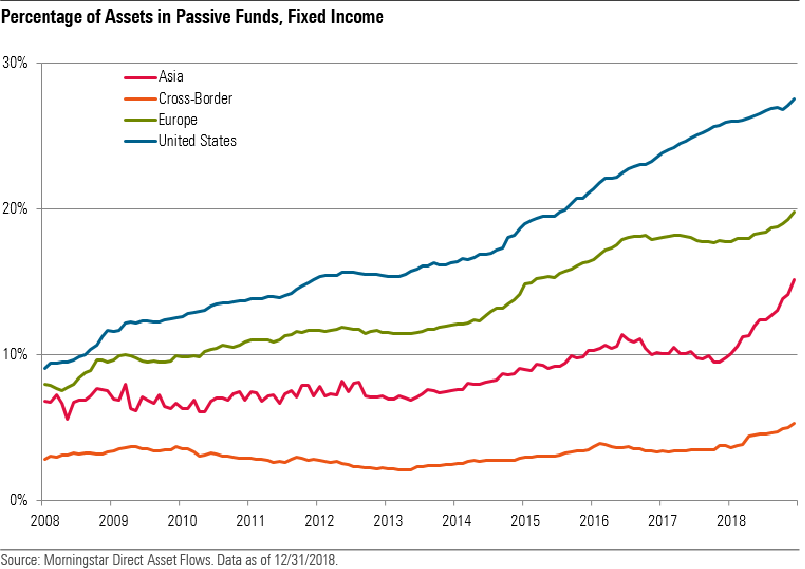 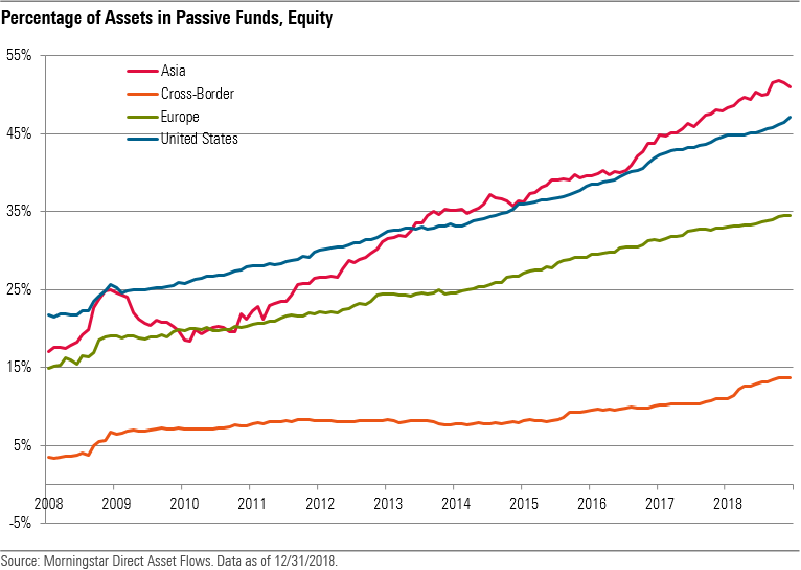 Download the 2018 Global Fund Flows Report.
Get My Copy