I find that Americans often take for granted two aspects of our retirement system: it’s voluntary and employer-based. But, this is mostly an accident. No country today would design their retirement system with such a tight link to employers.

Consider countries that have revamped their retirement systems in the past few decades. Australia, Chile, and Singapore, just to name a few, have much more centralized systems where employers' roles are limited. For instance, employers ensure that money comes out of workers’ paychecks and lands in a retirement account administered by someone else.

So, how did Americans come to rely on employers to offer retirement benefits, particularly 401(k)s or other defined-contribution plans? The most commonly cited explanation is that during World War II and the Korean War, government-imposed wage controls forced employers to lure workers with nonwage compensation. That pushed employers to greatly expand the retirement system.

This narrative seems correct, but I would add that the early adopters of any social program always make mistakes, and the U.S. is particularly burdened with legacy systems compared to other countries.

As we all learned in high school civics, our bicameral system of government with a strong, independent executive impedes making large policy changes, particularly compared to a parliamentary system. Shrewd observers of countries with “optimal” defined-contribution systems (such as those listed above) might also note that two of the three made changes during dictatorships. And perhaps a suboptimal retirement system is one price to pay for a democracy.

So, what’s the result of having this accidental employer-based retirement system?

The vast majority—more than 90 percent—of large companies offer a 401(k) plan. Here are some common features:

The situation for workers at small employers is much worse. Here’s what employees could expect:

Differences between large and small-employer retirement plans add up 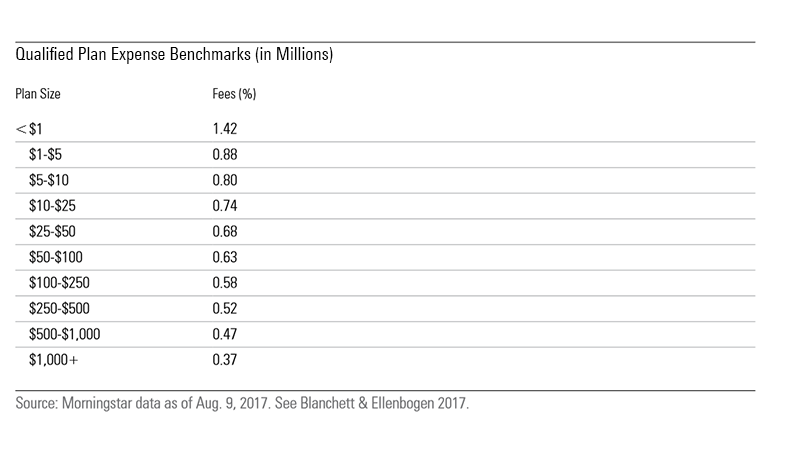 A reliance on employers has its limits

To us, the simple answer for addressing this two-tier system is to relieve some of the burdens that small employers face in creating and running retirement plans. One way is to let them combine assets with other plans to get some benefits from economies of scale.

In next blog post, we’ll discuss what we can learn from the United Kingdom. And we’ll propose some policy changes that could preserve the well-functioning parts of the U.S. retirement system while improving the small-plan market.

Explore more differences between large- and small-employer retirement plans in our research paper “Small Employers, Big Responsibilities.”
Get My Copy