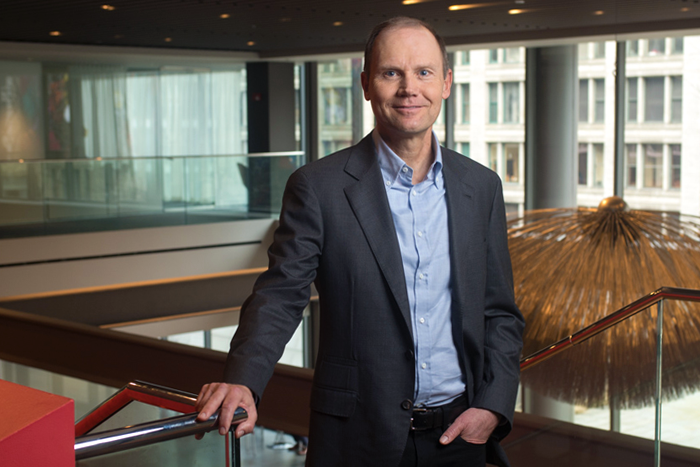 Joe Mansueto founded Morningstar in 1984 and became executive chairman in 2017. He has served as chairman of the board of directors from the company’s inception, and as chief executive officer from 1984 to 1996 and again from 2000 to 2016.

Under Mansueto’s leadership, Morningstar has been named twice to Fortune magazine’s “100 Best Companies to Work For” list, in 2011 and 2012. The Chicago Tribune recognized Morningstar as one of the top 100 workplaces in the Chicago area in 2010, 2011, and 2012, and Crain’s Chicago Business listed Morningstar in its Fast Fifty feature in 2007, 2008, 2009, and 2011. Morningstar won the 2010 AIGA Chicago Chapter Corporate Design Leadership Award, which recognizes forward-thinking organizations that have advanced design by promoting it as a meaningful business policy.

In December 2016, InvestmentNews named Mansueto to its list of 20 Icons & Innovators. MutualFundWire.com recognized Mansueto as one of the 10 most influential individuals in the mutual fund industry in 2015, and he was the recipient of PLANSPONSOR’s Lifetime Achievement Award in 2013. In 2010, Mansueto received the Tiburon CEO Summit award, MutualFundWire.com named him ninth on its list of the 100 Most Influential People of the year, and Chicago magazine listed Mansueto among its top 40 Chicago pioneers over the past four decades. In 2007, SmartMoney magazine recognized him in the “SmartMoney Power 30,” its annual list of the 30 most powerful forces in business and finance. He received the Distinguished Entrepreneurial Alumnus Award from the University of Chicago Booth School of Business in 2000.