As equity indexes continue to hit multiyear lows and rebounds fail to break the downward trend, many investors are racing to reduce or eliminate risk from their portfolios. However, recently, many safe-haven assets have failed to provide the refuge that investors seek during volatile equity markets.

Typically, when equity markets are under selling pressure, safe-haven assets such as U.S. Treasury bonds or precious metals help investors buffer their portfolios. However, more recently, even these safe-haven asset classes have been under pressure. 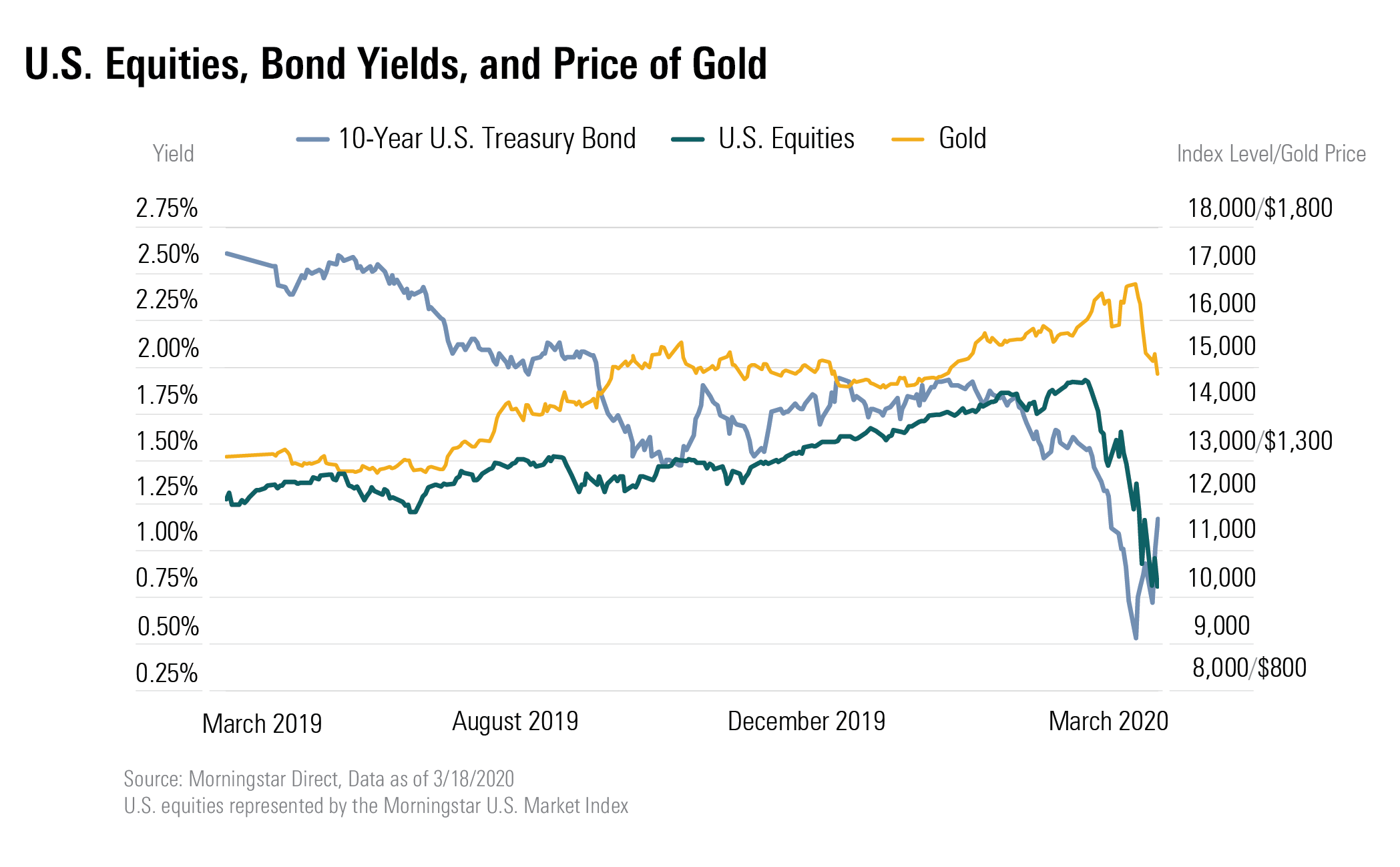 What’s Behind the U.S. Treasury Bond Sell-Off During market pullbacks, investors often sell the stocks that they see as the riskiest, and reallocate their proceeds into bonds until they are willing to venture back into the equity market. This historical relationship had held true in late February and early March as investors flocked to the safety of U.S. Treasury bonds and the entire yield curve declined as bond prices rose.

But after U.S. Treasury bond yields reached new all-time lows at the beginning of last week, their yields have risen in both the middle and longer end of the curve.

There appear to be two main reasons for the sell-off in the middle and longer end of the curve:

Why the Gold Market is Feeling the Pressure Gold prices have also been under pressure, but not because the markets are concerned about additional supply. Rather, gold positions have reportedly been reduced or even outright liquidated as hedge funds and trading desks have reportedly needed to raise capital to satisfy collateral calls in other positions.

With many hedge funds reportedly down 20% or more for the year to date, some of these funds are likely selling out of, or liquidating, their gold positions—even if they don’t want to. In addition, from a fundamental point of view, there is growing concern that the economic effects of COVID-19 will reduce near-term demand for gold jewelry in China (which accounts for a substantial amount of global demand).

Watch an Entire Trading Day to Understand Equity Markets In this type of market, it’s important to watch how equity prices trade all the way to market close to get a sense of how many leveraged investors need to raise collateral to satisfy their margins with their prime brokers.

Often during the depths of the 2008-09 global financial crisis, the equity market would appear to stabilize 20 to 30 minutes before close, only to see the indexes drop precipitously over the last 15 minutes of trading. This happened because hedge fund managers waited until the end of the day to get the most accurate calculation of just how much cash they needed to raise before the markets closed, and then liquidated what they could to raise enough cash to meet collateral calls.

This type of end-of-day market action has already occurred several times during the COVID-19 crisis. Once the leveraged funds are shaken out of their positions and forced selling begins to decrease, we expect a substantial amount of market volatility to subside.

We favor investing in companies that we deem to have a wide or narrow Morningstar Economic Moat Rating and that are trading with a significant margin of safety from their intrinsic value. For investors looking to put money to work in the equity market, we encourage investors to review those 4- and 5-star stocks which we currently see as undervalued.