The past decade saw huge shifts in the fund industry. It all began in the wake of the 2007-2009 credit crisis. The decade saw the Federal Reserve’s most-stimulative monetary policy in U.S. history. There was the longest ongoing equity bull market in history, in which the S&P 500 Index gained an annualized 13.6% over the past 10 years. Finally, the decade saw a massive demographic shift as baby boomers began to retire en masse.

All these forces contributed to major shifts in investor preferences that manifested in fund flows. Key trends of the decade included:

A key trend of the past decade was the rise of target-date funds and other types of managed portfolios, which became popular retirement-savings vehicles as big fund companies rolled out their own lineups and they were added to company 401(k) plans. As shown on the chart below, assets in target-date funds nearly tripled from just under $700 billion in January 2010 to nearly $2 trillion at the end of the decade, although inflows trailed off in recent years. 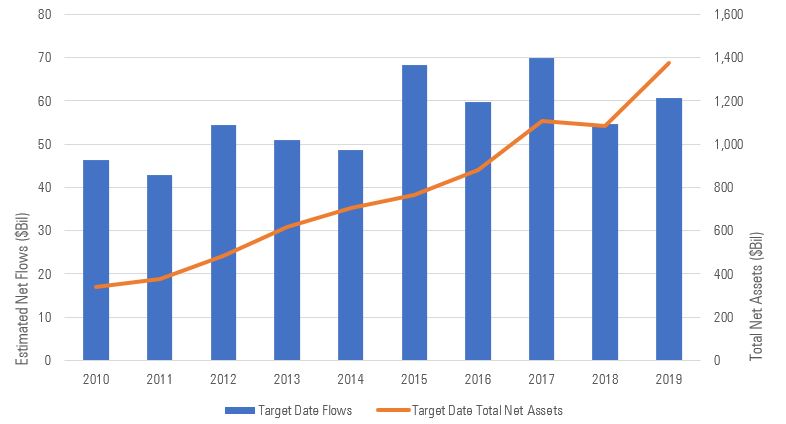 The ascent of core strategies

The increasing popularity of target-date funds largely contributed to the popularity of core-oriented strategies over the past decade, as did the growing—and related—interest in passive strategies. Four Morningstar Categories—large blend, intermediate core bond, intermediate core-plus bond, and foreign large blend—tend to be portfolio building blocks and the foundation of many target-date funds. Those categories also collected more in inflows over the past decade than did all other categories combined.

Core strategies’ rise throughout the 2010s is shown on the chart below, which shows cumulative inflows. 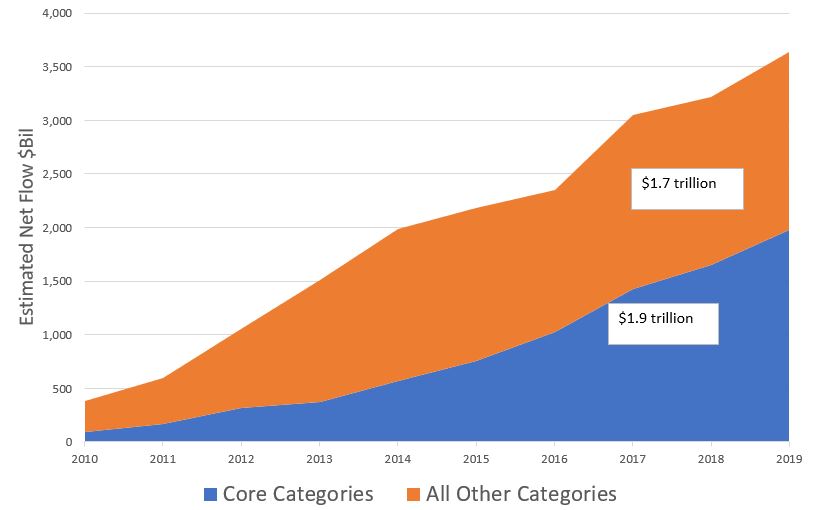 The shift in investor preferences over the past decade has resulted in numerous casualties. Three of the biggest were allocation, alternative, and sector equity funds, which the chart below shows were hit particularly hard over the past five years. 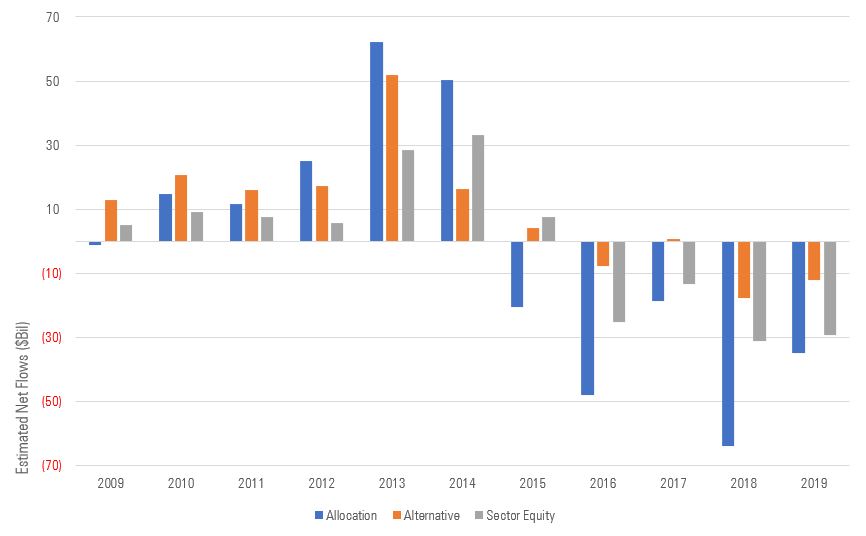 Here’s a closer look at each category’s outflows:

A look at active-passive fund flows and market share

It’s no secret that passive funds dominated inflows over the past decade. Still, the raw data is stunning. As the chart below shows, passive funds had inflows of $3.8 trillion, while actively managed funds had outflows of $185 billion. Meanwhile, overall active market share—as measured by total assets—fell from 78.3% to 59.0%. If present trends continue, it’s simply a matter of time before passive assets catch up to their active counterparts. 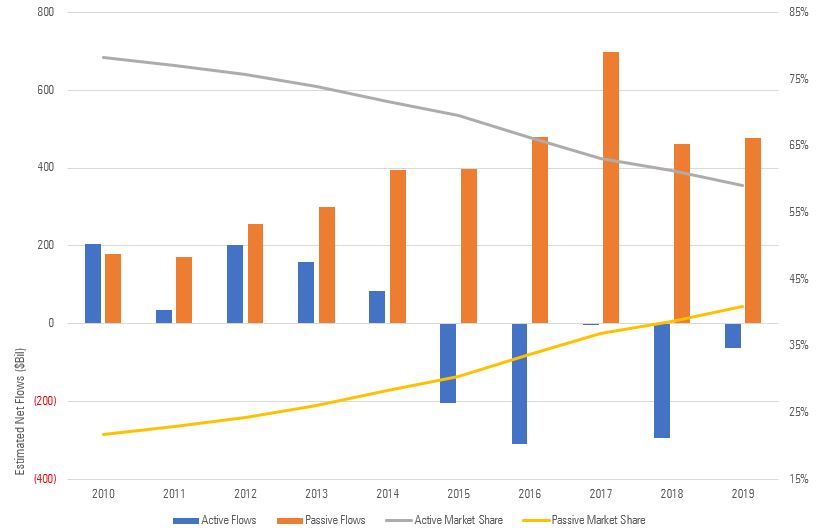 The fund industry has increasingly become an oligopoly, with only a few firms capturing nearly all of the net inflows. More specifically, the past decade emphasized how Vanguard dominated the rest of the industry.     As shown on the chart below, Vanguard collected about $1.1 trillion during the decade, while the rest of the industry combined took in less than $100 billion net. Of course, firms such as iShares also fared well, but no individual firm came close to matching Vanguard during the decade. Whether Vanguard can repeat this performance over the next 10 years, however, is an open question. 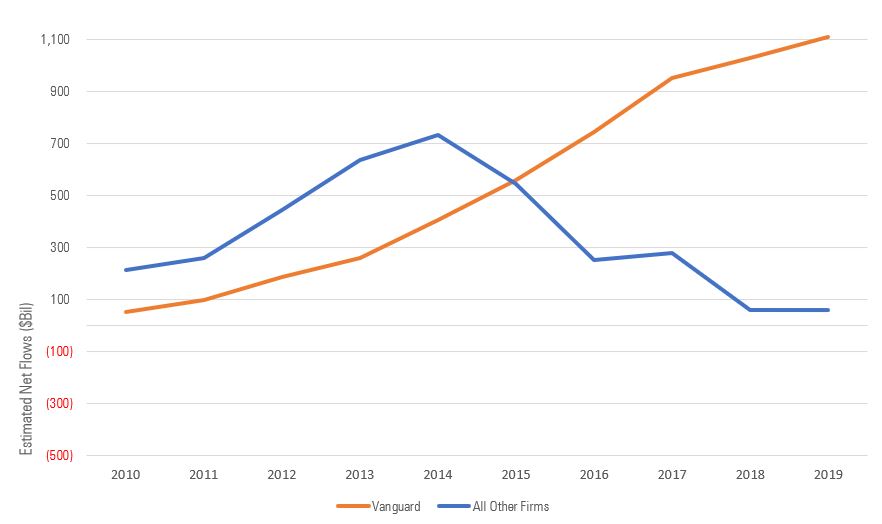 Check out the latest fund flows analysis from Morningstar.
Get My Copy