There's a lot about the estate tax that's up for grabs right now, as I discussed in this article. At the same time, many aspects of estate planning are crucial no matter what the tax code says, such as creating a living will, naming individuals to act on your behalf if you die or become disabled, and choosing beneficiaries of your investment accounts. To discuss some of these important concepts, I interviewed H. Susan Jones, a top estate-planning attorney based in the Chicago suburbs. In the interview, Susan discussed some of the most common pitfalls of estate planning and how to avoid them, as well as some underutilized estate-planning maneuvers. An excerpt from our interview is below.

Christine Benz: What are the big mistakes you see people making when it comes to estate planning?

Susan Jones: The biggest mistake is a misunderstanding of beneficiary designations. Many assets today are transferred at death through a beneficiary designation. Good examples of these assets are IRA rollovers, Roth IRAs, life insurance policies, annuities, any kind of plan that we call a qualified plan, meaning they're qualified for favorable income-tax treatment, such as a 401(k).

People don't understand that getting those designations right is extremely important. One thing I see, and I'll give this a name, is unintentional disinheritance. It's very typical to see a beneficiary designation that says, "To my spouse if he or she is living, otherwise to my then-living children."

Benz: What's wrong with that?

Jones: If you say, "I give this to my then-living children," and one of your children predeceases you, what happens to the share that would have gone to that predeceased child? If your beneficiary designation reads "to my then-living children," it goes to your true surviving children. The share that would have gone to your grandchildren through your child who is deceased is cut out. You may be disinheriting your grandchildren.

That's probably not what most people want. If I ask them that question, "If a child isn't living, where do you want those assets to go?" they typically say, "Well, I want it to go to that child's children." The Latin term for this is per stirpes, to the descendants. So that would send it down the bloodline to the deceased child's children.

Benz: Say you have a beneficiary designation form for your 401(k) or some other asset, and it doesn't allow for this level of detail. What should you do?

Jones: Go to your plan administrator. I've seen documents that specifically allow you to say if you want your assets to be distributed per stirpes, and some of them have a box you have to check. Unfortunately, there's no consistency within the financial-services industry. If the plan administrator doesn't know how to handle it, you need to write your own beneficiary designation that says "to my then-living children in equal shares, except that if a child of mine is not living, the deceased child's share is distributed, per stirpes, to that child's then-living descendants."

Benz: What are the other pitfalls associated with beneficiary designations?

Jones: Something I see among younger people is that they name their spouse the beneficiary of their 401(k) plan, and when they have the first child they change it to read, "And if my spouse isn't living, I give it to little Suzie." But then comes little Johnny, and little Sally � and they don't change that beneficiary designation. So, 20 years down the road, Suzie, the firstborn child, gets the entire account, because you haven't said, "I give to my then-living children per stirpes." You've given it to the person who's in your life at that time. So even if you have only one living child at the time you make a beneficiary designation, you can still write it to encompass future descendants.

And there's something else to be aware of in this situation: You're naming little Suzie, who's two years old, the beneficiary of your assets. That's a big issue in that someone who's two years old legally cannot own assets. The solution if someone who's under 18 inherits assets is to have a court-appointed guardian. But the minute you hear "court-appointed guardian," you should see dollar signs. It's expensive to go to court to get a guardian appointed and then have the court oversee those assets until the child is 18 years old.

Instead of naming your children as beneficiaries if they inherit assets and your spouse isn't living, maybe you would pay it to a trust. And when it's paid to a trust, then the trustee takes over, and there is usually no court accounting. And furthermore, you don't have to give it to children at age 18 under the trust. You might get the kids through college and working a few years before you start to give them money.

Benz: What are some other estate-planning pitfalls?

Jones: One example relates to individuals with special needs or disabilities. One of the worst things you can do is leave an inheritance outright to such an individual. If an individual has his or her own resources, then many public entitlements are either not available to them until they use up their own resources. Or if they receive an inheritance and they have been receiving public resources, those governmental agencies have the right to take those assets back for payment of benefits that they have already provided. The solution is that you can draft your documents to set up a special-needs trust or supplemental-needs trust. In this case the money is left in a trust; it does not go outright to this particular individual. The funds are managed by an independent trustee who can pay for certain things--that's spelled out in the trust agreement. The trust is set up in such a way that they are not considered the assets of the disabled individual.

Also, this is a case where I would not name the other siblings as trustees; that creates issues between the siblings. There are probably already-hard feelings because mother or dad has bailed this one sibling out time after time. That would be a very appropriate use of a corporate fiduciary. It's a lot easier for someone sitting behind a desk in a corporate office to say, "I'm sorry, that's all your mother said we were permitted to do," than it is for a sibling to say that.

Then there are people who we call spendthrifts, with a history of financial mismanagement. And they may have parents who have given them money during crisis after crisis. And when you die, do you leave them half a million dollars, assuming that suddenly they'll get on their feet? The trust is an appropriate vehicle in this case, and even though the parents think they're being mean to the child, they're really protecting the child.

Benz: When are the other times to set up a trust?

Jones: Certainly when you have minor children. You don't want a court to decide. And you know yourself when they should inherit assets. Think about when you were comfortable managing assets, when you felt that you were really making good financial decisions. Chances are, that's the age at which you should start giving your children money. The other thing you could do through a trust is parcel out the assets over a period of time. Say you give the child half the assets at 25, but leave the other half in trust until they're 35. If they make some mistakes at 25, then at least it's not their entire inheritance, it's only a part of their inheritance.

Benz: What are some underutilized estate-planning maneuvers?

It's also an opportunity to see how your children would do with money they didn't have to work for. You do this a couple of years, and you see some vacations and new cars. It's kind of a good way to test the waters of fiscal responsibility.

Another provision in the gift-tax law states that, in addition to making these $13,000 annual gifts, we can all write checks directly for medical and/or education and there is no limit. So when your grandchild is headed off to college and the first semester's tuition is $30,000, grandpa can write a check to the treasurer of the college. Such gifts would be free of gift tax.

Another technique that I think is underutilized is using IRA rollover accounts, 401(k) accounts, any so-called qualified retirement account, as the device to make charitable gifts. 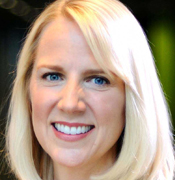