Some people are fortunate enough to retire comfortably and pay their children’s way through college. Most are not, and that means that some hard decisions need to be made.

Mythbusting and Making a Solid Plan

This article lays out several issues that are important to consider when planning your retirement and your college contributions. We will discuss why retirement must remain a top priority and how you can plan for both. Along the way, we’ll bust some myths that trip up many well-meaning parents, causing them to sabotage their own futures in an effort to give their children a good start.

Why Your Retirement Fund Can’t Wait

You can’t take a loan out to fund your retirement like you can for college. This is a very important distinction when thinking about the economic implications of paying for college versus saving for retirement. A student loan spreads the cost of the education over a period in which benefits are received (when one is working). This makes sense from an economic perspective, especially given the noted financial benefits (for example, higher salaries) associated with attending college. In other words, you may need to look at it this way: You can either put a burden on your kids when they are young, strong, educated, and unencumbered by family (when they first graduate) or you can put the burden on them when they are older and have more competing financial priorities (when you are elderly and financially unprepared for retirement and need their help).

Many parents simply haven’t thought through this part. If you underprepare for your own retirement when saving for your children’s college, the people who are most likely to be burdened by your financial needs are … your children.

If someone gets to retirement age and isn’t prepared financially, there’s not much that can be done other than working longer or living off less during retirement. Therefore, if the option is available, it likely makes more sense for the student to take out the loans and the parent to reimburse the student for part of the loans, if they desire.

But I’ll Be Short-Changing My Kids!

“A good parent pays for college. I don’t want them to start life weighed down by debt.” These, and many others, are the stories we tell ourselves as parents. Each makes a different argument, but they all go to the root of who we are and how we see ourselves. These stories tap into one’s sense of responsibility, sacrifice, and ability to provide. Numbers are one thing, but these stories run deep, and they are not swayed by charts and graphs or talk of comfort in retirement.

So long as you believe that you “should” pay for college, you also believe that not doing so makes you a bad parent, a failure, a poor provider, irresponsible, or any number of other things no parent wants feel like. Myths like this are emotional traps that lead to poor financial decisions. In fact, you’ll see as we look at the evidence, it turns out sometimes not giving your kids a full ride can be a benefit to them, not a burden.

How Much Retirement Money Will I Be Sacrificing If I Spend It on College?

For example, if you can earn a 6% real return and could invest the money for 20 years (for example, you are currently 45 years old and plan on retiring at age 65). The value of the money that would have been used for college would more than triple by the time you reach retirement.

We demonstrate this effect in the table below, which shows how much you would have per $10,000 under several time periods and return scenarios.

So, how can you prepare to send your kids out into the world with the skills they need and still protect your own retirement funds? We recommend a three-legged stool approach. This funding strategy can make paying for college seem more doable by breaking college funding into three pieces, each with its own time horizon: personal savings, financial aid and loans, and income.

The first, personal savings, is a multiyear savings endeavor in the years leading up to college.

Financial aid, such as grants, and student loans are the second component; in the case of federally subsidized student loans, interest doesn’t begin racking up until after the student has finished college.

The third and final funding mechanism is parents’ and students’ own contributions from income in the years in which the child is in school (for example, work study). Even as you can and should work to enlarge the college savings fund, this three-part approach demonstrates that you have additional levers available if your own savings fall short.

Researchers have followed the lives of thousands of people after graduation, tracking their financial circumstances and their ability to repay the debt as well as their feelings of burden and stress about the debt. The results show that most people are able to manage their school debt without much burden as long as they keep their payments below 8% of their pretax salary. Loans can be a part of your college payment strategy without becoming overwhelming to your children. This approach puts some awareness of the cost of education on the shoulders of the individual who is going to benefit from it. This can also potentially create some accountability for completing the degree (that is, if the parents agree to repay more of the loan based on grades, degree completion, and so on). 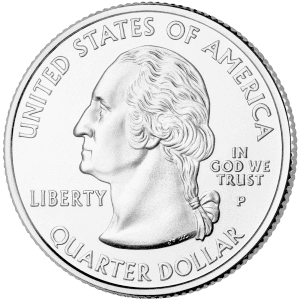 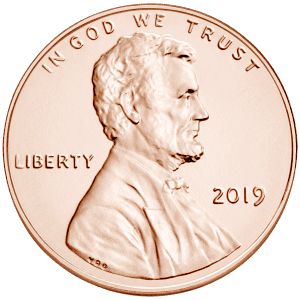 To keep payments less than 8% of monthly income, the student can afford $0 per month.

That means the total student loan is $0.

Banks will lend students way more than they can comfortably pay back. Their ability to repay a loan depends on how much they’ll be earning. Keeping loan payments to 8% of their post-graduation salary is a good rule of thumb for most people. 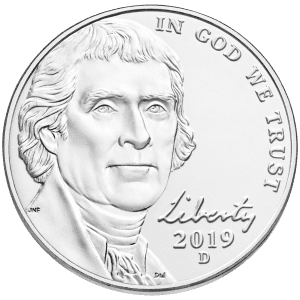 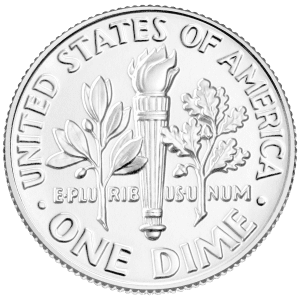 For example, researchers have found 1 that students who worked 1–15 hours per week had significantly higher grade point averages than those who worked more than 15 hours and those who did not work at all. Kids who worked at school part-time were more involved in the academic and social community on campus, which may help explain the boost in GPA. After they graduated, those who had worked while in school earned slightly higher wages than those who didn’t. Lastly, working while in school seemed to benefit kids’ psychological well-being as well as their time management and leadership skills.

This effect was reduced in two cases: 1) when the student was a low academic performer before college; 2) when the student worked off campus. In the first case, students who struggle academically may need to focus solely on their studies since they need extra time. In the second case, researchers think it may have to do with engagement in the school community.

So, working during school may be a good thing for students. Rather than taking away from their studies, having a job on campus may help students engage in the community, manage their time well, and develop leadership skills. Parents who expect their kids to work part-time during college may be helping their kids more than those who don’t expect it.

Whenever there’s a funding shortfall, it’s also worthwhile to look at the other side of the ledger. Does the family need to spend as much on college as they’re talking about, or can they find ways to economize? A 2013 study 2 conducted by the Pew Research Center found that adults who graduated from private universities reported no greater life satisfaction than adults who hailed from less expensive public universities.

Another study, 3 conducted by researchers at Purdue University and Gallup, found that the type of institution a student attended—public or private, elite or less selective—was a less important predictor of future workplace engagement and well-being than that student’s experiences while in school. For example, students who felt their professors truly cared about them as people or who took advantage of internships and extracurricular activities were more likely to report future workplace success and well-being than those who did not. This suggests that parents should invest as much energy in motivating their students to find positive experiences in college as they do in paying for college itself.

For example, do kids who go to Ivy League schools have more-stable home lives prior to college? Are their parents more educated? In order to compare apples to apples, we need to look at the difference between an Ivy education and a state school education with all else being equal. Thankfully, this has been done. A study 4 of students who were accepted to Ivy League schools but chose to attend state schools instead (often for financial reasons) shows that there was no difference between their postgraduation salaries and those of Ivy League graduates. This study is important because it looked at a group of kids who had similar abilities and motivations. The results suggest that it isn’t the school that leads to great jobs and salaries but the motivation and abilities that the accepted students demonstrate. If a student is Ivy League material, they don’t need to attend Ivy League to succeed. Drive and skill predict salary more than the name of the school on a person’s degree.

Before college, families should also have a candid discussion about the child’s future career path and the potential income associated with that career. Of course, college is a time for learning and building knowledge across disciplines, and few high school students have a well-mapped-out career path in mind. However, make sure there’s not a major mismatch between the outlay for college and the eventual earnings from the graduate’s career. That’s particularly important if the child will be shouldering loans to contribute to college costs.

A popular strategy to help families economize is for the student to take the basic courses at a low-cost community college while living at home and then eventually transferring to a four-year university once deciding on a specific course of study. As a parent, try to avoid overly romanticizing your own college experiences; just because you might have spent four years away at a four-year university far away from home does not mean your children must follow the same path to find success in their own lives.

In fact, in recent years so many people have flooded the halls of colleges around the world that high-paying trade jobs are going unfilled. While those jobs require specialized skills, they do not require a bachelor’s degree. Working in a trade, as iron and steel workers, plumbers, electricians, and many others do, often pays well above the median income. These careers may appeal to kids who are not excited by the traditional textbook and term-paper style of education. These jobs offer good wages with a shorter time to entry and potentially more job security in lean times. Skills are necessary in order to find a good job. College is one way to acquire skills, but there are many others.

Many people balk at the idea of putting their retirement needs before their children’s college. This often comes down to a belief that doing so will somehow burden or short-change their kids, making the parents feel irresponsible or selfish. When you consider the facts, a three-legged stool approach makes sense for many people. By combining savings, loans, and labor income, you can accomplish the goal of paying for school without sacrificing your own future and security.

In truth, many of the beliefs we have about what makes for a successful college experience are simply myths. Loans are not always burdensome. Working during school can be beneficial, and an Ivy League education is not the only way to greatness.

Still wondering how to bring it up to your kids? Try saying, “Junior, you can either take out some college loans and pay them back when you’re young and healthy, or I can move in with you when I’m 65. Your choice.” Perhaps that will soften them to the idea. 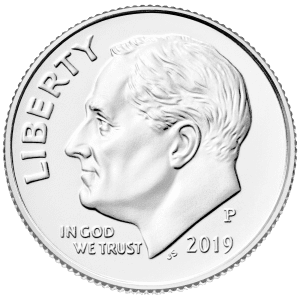 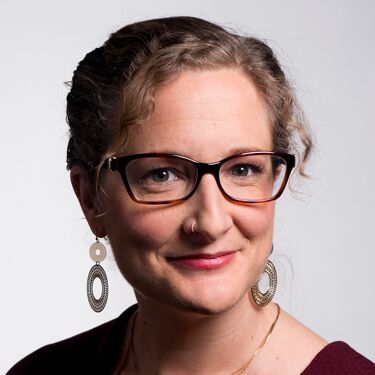 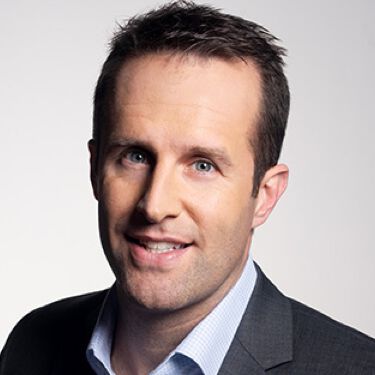 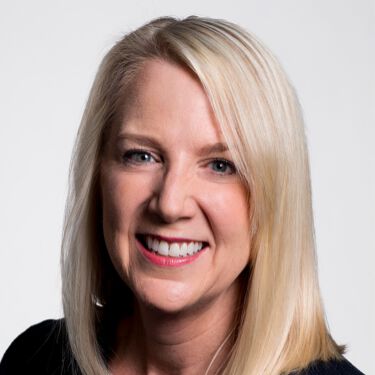