Hybrid Broker-Dealer Founded By Advisors for Advisors Among Fastest Growing 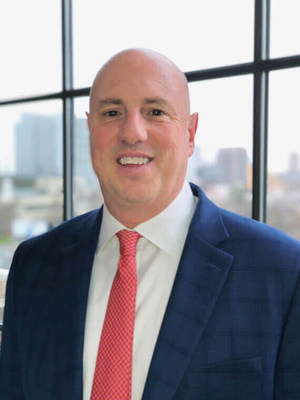 "Chet was the first employee I brought to Arkadios Capital as Chief Operating Officer," said David Millican, Founder and CEO. "He has played an integral role in the firm's success and shares my vision to cultivate a community of successful advisors that we can empower to take their business to the next level."

As President, Payne will oversee the growth of the firm as well as all day-to-day operations. Payne's career in the financial services industry spans more than 25 years. He began as a regulator with the state of Florida and the National Association of Securities Dealers (NASD). In 2005 he joined Triad Advisors, where he served in several senior roles. He concluded his tenure at Triad as Executive Vice President and Chief Operating Officer.

"Chet's unique skill set, stemming from his experience as a former regulator and as a seasoned CCO and COO in the independent broker-dealer channel, positions him to be an effective leader for the firm," said Millican. "He will facilitate our growing footprint in the IBD channel while continuing to provide first-class support to our existing affiliated advisors."

Arkadios Capital is a privately-held independent hybrid broker-dealer (IBD) providing tailored solutions to its affiliated independent wealth advisors. It has been named the fastest-growing IBD in the country by Investment News. Financial Planning magazine ranks Arkadios among the top IBDs.