"Years ago I met with the faculty in my living room," said APUS Board of Trustees Chairman Gen. Alfred M. Gray, the 29th Commandant of the U.S. Marine Corps, who has been involved with the University for almost 25 years. "Today it would take an auditorium!"

APUS, which counts over 108,000 alumni worldwide and has almost 1,800 full-time and part-time faculty members, is the #1 provider of higher education to the U.S. military and veterans. It has repeatedly been named a "Best for Vets" school by Military Times (online and non-traditional category)*.

"We are proud of our purpose-driven beginnings and rich heritage, and we are excited about our future," said APUS President Dr. Wade Dyke. "Over three decades, we have delivered an accessible and affordable online education to service-minded adults, active-duty military, veterans and beyond. We have seen again this past year how needed it is, and we intend to keep building on our track record for many years to come."

To mark this significant milestone, APUS has planned several 30th anniversary commemorations, including:

APUS is proud of numerous significant milestones, including the following:

1998 – AMU's first online courses appear as it transitions to become one of the first fully online universities in the nation.

1999 – All of AMU's undergraduate classes and programs go fully online.

2002 – AMU is reorganized into APUS and American Public University (APU) is founded to better meet the educational needs of those outside the military.

2003 – APUS relocates its headquarters to Charles Town, West Virginia, marking the first step to becoming a top employer in the state. AMU also commits to help revitalize the community through its re-use of several 19th-century historic buildings that it transforms into modern offices.

2011 – APUS receives HLC reaccreditation and elevates to a 10-year review cycle as a "mature" institution of higher education; it also receives its first specialty accreditation by the Accreditation Council for Business Schools and Programs (ACBSP).

2012 – As the first online university to sign onto the American College and University Presidents' Climate Commitment, APUS opens the 105,000 square-foot Finance Center, which attains LEED Platinum Certification, the highest green rating, and is internationally recognized by the U.S. Green Building Council.

2018 – APUS is named a National Center of Academic Excellence in Cyber Defense Education by the National Security Agency (NSA) and Department of Homeland Security (DHS).

2019 – APUS ranks in the top 2% for a return on educational investment compared to 4,500 colleges and universities nationwide, according to the Georgetown University Center on Education and the Workforce.

2020 – AMU launches the Freedom Grant®, which saved 78,000 eligible students over $34.1 Million in 2020 alone (all U.S. active-duty service members, National Guard members, Reservists, their spouses and dependents are eligible for the Grant)**.

*Based on FY 2019 Department of Defense tuition assistance and Veterans Administration student enrollment data, as reported by Military Times, 2020.

**Zero-out-of-pocket tuition may be possible when the Freedom Grant is combined with other forms of financial assistance, such as military TA or federal Pell grants. 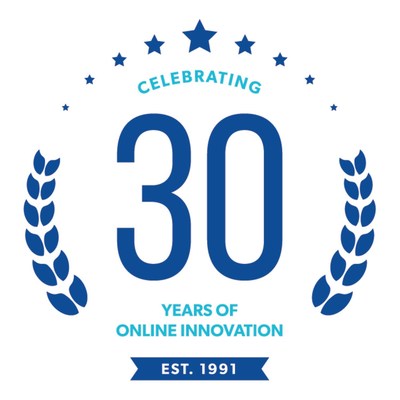