CAMBRIDGE, Mass., May 24, 2021 /PRNewswire/ -- When consuming less local news, voters are more likely to vote consistently for just one party—essentially using national news to inform local voting decisions, according to a new research paper from the MIT Sloan School of Management. 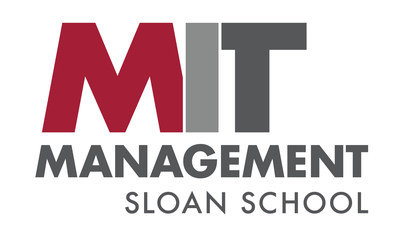 Written by Charles Angelucci, assistant professor of applied economics at MIT Sloan, together with Julia Cagé of Sciences Po Paris and Michael Sinkinson of the Yale School of Management, this working paper considers the present-day issues of political polarization and a lack of local news in a historical context, using data from the two decades after commercial television was first introduced in the United States.

"We look at the impact of changes in 'news diets' on how people voted at a moment in time when local news was still abundant and when people were still open to engaging in split-ticket voting," says Angelucci. "We see that if you decrease local news, people engage in straight-ticket voting more."

The researchers built a dataset covering 1,963 daily newspapers circulating from 1944-1964, to examine the impacts of television on newspapers both economically and in terms of content.

When commercial television first emerged in the U.S., it offered various kinds of entertainment and national news, but only limited local news. Newspapers, in contrast, were the primary providers of original local reporting, which they "bundled" with syndicated content such as national news, weather and sports into a single product to sell to consumers. But with consumers able to obtain their national news by watching television, local newspapers' bundle of content had been weakened, decreasing revenues and therefore impeding their ability to produce local journalism.

The researchers next looked at county-level data on House of Representatives, Senatorial and Presidential Elections for the period of 1932-1964. They found a decrease in the difference in vote shares going to the main political parties between local and national votes—or a decrease in split-ticket voting—following the introduction of television. For example, researchers found that in the median county, TV penetration led to an 11% decrease in vote difference between House and Presidential Elections.

Angelucci says that if voters become more informed about national politics than local politics, it can affect how they view their local politicians. And with the introduction of the internet and social media, this negative trend in local journalism has accelerated, with most Americans unaware of how badly the local news industry has been hit, according to a recent Pew Research survey.

"An often-unexplored consequence of the disappearance of local news is the fact that local politics will become increasingly determined by national matters," says Angelucci. "For instance, if people don't know what local politicians are doing locally, there can be more concern about their stance on national issues than on local ones."