NEW YORK, July 13, 2020 /PRNewswire/ -- Filmmaker Robin Baker Leacock's new documentary Stella & Co: A Romantic Musical Comedy Documentary About Aging is a celebration of the extraordinary life of her 104-year old mother, Stella, and a group of vibrant seniors -- ages 75 to 105 -- living their best lives in a senior residence. The film delivers a thought-provoking and positive look at what it means to age in modern times, through humor, music and storytelling. 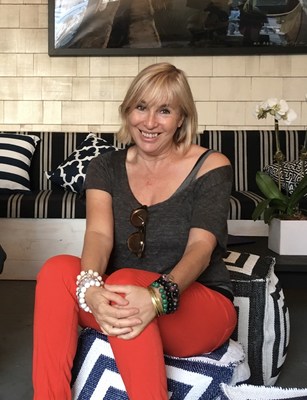 Stella & Co. is airing across the country on PBS stations and will be shown primetime on WLIW New York on July 22, 2020. The 50-minute film is produced and directed by Robin Baker Leacock and is the widely-aired sequel to STELLA IS 95, previously seen on PBS.

Robin hails from the illustrious Leacock filmmaking family -- both husband, director and cinematographer, Robert Leacock, and father-in-law, Richard Leacock, a cinema vérité pioneer in the U.S., have made important contributions to filmmaking history. Robin has established herself as a formidable female documentary filmmaker in her own right, creating, producing and directing five widely-acclaimed documentaries. She has been credited with an uncanny ability to capture the zeitgeist of a particular time and culture through her films -- in particular, A Passion for Giving (2009), whose message is an important reminder of the shared benefits of generosity, kindness, and hope. In addition, she captured the moment by creating, producing and directing It Girls (WE Television, 2002) and I'll Take Manhattan (2010) seen at the Berlin, Hamptons and Montreal film festivals and throughout Europe.

Stella & Co (2020)"What does it really mean to age well?" asks Leacock of her film's audience. "I truly believe that quality of life is driven by one's positive outlook, community, and relationships. And living in the moment."

Staying positive and active is the common thread among the residents of Stella's community and none of them claim to feel "old" despite being well past 90, and even 100. Even with some mobility issues they are as enthusiastic about life as they were when they were in their teens.

"Stella & Co. is about looking at our elders through a different lens. My hope is that this film will encourage people to remember the great treasure we have in our older generation. They have accomplished extraordinary things and have much to teach us," comments Robin Baker Leacock. "We are living in extraordinary times, especially in the era of Coronavirus,  where our aged population is vulnerable as never before. The goal is to offer viewers a much-needed forward-thinking shift in perspective. And joy."