NEW YORK and TEL AVIV, Israel, June 3, 2020 /PRNewswire/ -- Team8, a leading company-building venture group, today announced the launch of Team8 Capital, a new venture capital vehicle leading investments in enterprise technology startups across various domains with a focus on data, AI and cybersecurity. Team8 Capital will invest at Seed, A and B rounds of funding, expanding on Team8's Foundry model that builds new companies from scratch. One of Israel's leading investors, Sarit Firon joins Team8 as Managing Partner of Team8 Capital and will be joined by Managing Partner and Team8 co-founder, Liran Grinberg. 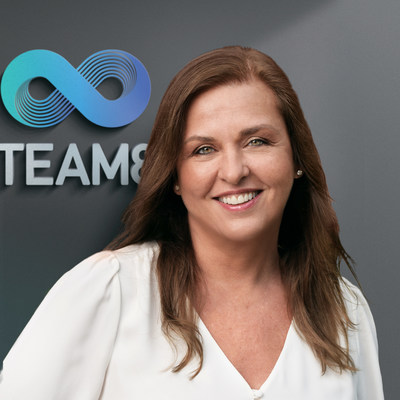 Backed by strategic investors including Walmart, Microsoft, Cisco, Barclays and Moody's, among others, Team8 has pioneered a signature Foundry model of creating new technology companies by identifying big problems that companies face, ideating novel solutions to solve them and supporting startup progression to success. Facilitating the Foundry, Team8 employs an in-house team of forty company-builders across its New York and Tel-Aviv headquarters, including domain experts, researchers, ideators, marketers, business developers and talent recruiters. The group has also formed the 'Team8 Village', a community comprising hundreds of C-level executives from leading global corporates who undertake an active role in Team8's company-building process, from identifying enterprise challenges to developing the solution thesis and contributing as design and business partners.

Team8 Capital leverages and extends these resources for developing its investment thesis and conducting due diligence of prospect investments. Specifically, the in-house technology research group supports technical due diligence and the in-house go-to-market group, alongside the Team8 Village, supports the market validation -- providing critical insights for investment decisions. Team8 Capital's portfolio companies will benefit from hundreds of business opportunities created annually, alongside unparalleled access to recruit world-class R&D talent, alumni of Israel's elite technology and intelligence units such as 8200, leveraging the background of Team8's founders, including Nadav Zafrir, former Commander of 8200.

Actively investing during the Covid-19 crisis, Team8 Capital is funding technologies that have become even more critical to enterprises as they navigate through the crisis and beyond, whereby digital connectivity and trust have become paramount to ensure business continuity.

Sarit Firon, one of Israel's leading investors, is joining Team8 to lead Team8 Capital. Sarit brings over 25 years of operational and investment experience in C-level and board member roles across Silicon Valley, New York and Tel Aviv's high tech hubs, having participated in exits and IPOs valued at more than $4 billion. Sarit carried executive roles during M&A or IPO at MediaMind (previously Nasdaq traded), P-Cube (acquired by Cisco) and Radcom (Nasdaq traded).  As former Managing Partner at Israeli VC firm Cerca Partners, Sarit has invested in some of Israel's notable acquisitions and IPOs including Armis (acquired by Insight Partners), Alooma (acquired by Google), Demisto (acquired by Palo Alto Networks), Dynamic Yield (acquired by McDonalds) and Fiverr (NYSE traded). She has also led the seed round of Dataroma and served on its board, taking an active role in the company's acquisition by Salesforce.

Liran Grinberg founded Team8 alongside Nadav Zafrir and Israel Grimberg in 2014,  initially focusing on the design of the foundry model and working with entrepreneurs on the ideation of Team8's initial companies, including Sygnia (acquired by Temasek), Claroty, Illusive Networks, Hysolate and Curv. He then transitioned to build and lead Team8's Go-to-Market Group across its marketing, business development and market research functions, alongside the formation of the "Team8 Village", which combined, has become a powerful and differentiated advantage of Team8 in accelerating the success of its portfolio companies. Forbes recognized his leadership when selecting him for its '30 Under 30′ list. Liran served as a distinguished officer in the cyber and data division of Israel's elite military and technology intelligence unit 8200.

"More than ever before, connectivity and trust in our digital infrastructure are top-of-mind for enterprises as they steer through these unprecedented times," said Sarit Firon. "Leveraging our ability to provide entrepreneurs with deep domain expertise, wealth of company-building experience and real value-add capabilities in go-to-market and talent hiring, Team8 Capital is uniquely positioned to partner with the best founders and help scale the next winners to build our all-digital futures. I'm delighted to have partnered with Team8 to launch Team8 Capital at such a critical time and excited to have Liran Grinberg partnering with me, applying his extensive experience building companies out of Team8 and supporting their growth with access to customers and partners worldwide."

"In today's world, providing a significant platform team that works for the founders and companies is a unique advantage that helps scale resources, extends deep-skill areas and de-risks go-to-market. Team8's capabilities, based on deep domain and technology expertise, rich go-to-market and talent hiring ecosystems, coupled with its core experience in scoping and outlining solutions for complex problems, offer an unfair advantage for entrepreneurs as they build their companies to success," said Yuval Shachar, Executive Chairman and Partner of Team8. "Sarit has many years of operational experience navigating startups to success and having picked a long list of winners as an investor, she is already proving to be a big asset to Team8 and we're delighted to welcome her onboard. Joined by Team8 co-founder Liran, the architect of the Team8 Village and a key contributor to Team8's company building, I believe we have a team that companies will love working with." 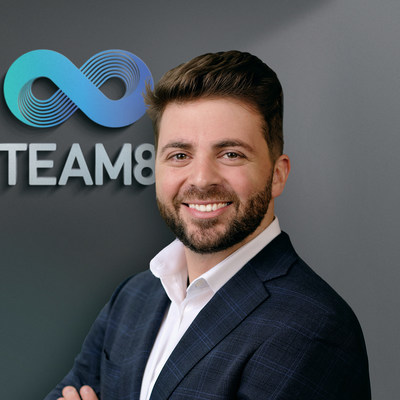