MOSCOW / ACCESSWIRE / September 30, 2020 / PJSC MMC Norilsk Nickel (OTC PINK:NILSY), the world's largest producer of palladium and high-grade nickel, as well as a major producer of platinum and copper, signed a cooperation agreement with three organizations representing over 90% of the indigenous minorities living in the north of Russia and its Far East.

The comprehensive five-year plan developed jointly with minority representatives will have Norilsk Nickel provide RUB 2B ($25.6M) to assist the development of strategic initiatives, key to the sustainable development of indigenous minorities. These include protection of the local original habitat, funding for housing, medical and tourism infrastructure, social and cultural projects.

"We have to pay close attention to the populations residing in the Russian Far North, our regions of presence, and help them by all means possible. That way, we can ensure that, as a company, we are not only delivering on the promise to our customers and our investors, but we also help the minority populations sustain the land where they live, receive quality medical care and education, preserve their culture," said Vladimir Potanin, Norilsk Nickel president.

The scope for this program was developed during an ethnological expedition that took place this summer in Taimyr, during which over 100 interviews and surveys of indigenous peoples were conducted. Priority tasks identified include seasonal jobs in hospitality and tourism, reindeer husbandry, fishing, and hunting. A unique ethno-complex with workshops for fur production, targeted training, the publication of textbooks in native languages ​​and subsidies for helicopter transportation are among the projects to be funded by Norilsk Nickel.

"The agreement serves as an example for other companies, as it highlights the importance of preserving indigenous peoples' habitats and protecting our values ​​and traditions. The full-scale ethnological expertise itself was a big step in the right direction and paved the way for measures of vital importance for the indigenous peoples. We are confident that the agreement will allow us to solve the most pressing problems of local communities," said Grigory Ledkov, President of Association of Indigenous Peoples of the North, Siberia and the Far East of the Russian Federation. Aside from the association and Nornickel, the agreement was signed by the Regional Association of Indigenous Minorities of the North of the Krasnoyarsk Territory; and Association of Indigenous Minorities of Taimyr, Krasnoyarsk Territory.

Nornickel regularly participates in projects aimed at the economic and social development of the indigenous population of Taimyr, including air transportation, supplies of building materials, diesel fuel, as well as cultural events and holidays. The total amount of the company's expenses for activities aimed at supporting and developing regions of permanent residence of indigenous peoples, from 2018 to 2020, amounted to 277 million rubles ($3.6M). 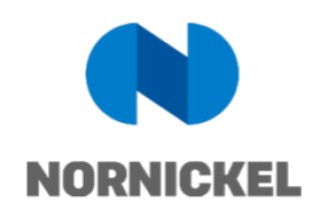