In the wake of the sharp pandemic-fueled sell-off in late February and most of March, equity and bond markets rallied in April. The S&P 500 gained 12.8% for the month, while the Bloomberg Barclays U.S. Aggregate Bond Index rose 1.8%. The rebound helped calm flows into and out of funds in many asset classes.

All told, long-term mutual funds and exchange-traded funds gathered a modest $17 billion in April. Money market funds continued to do brisk business, however, collecting another $388 billion after their record $685 billion haul in March. 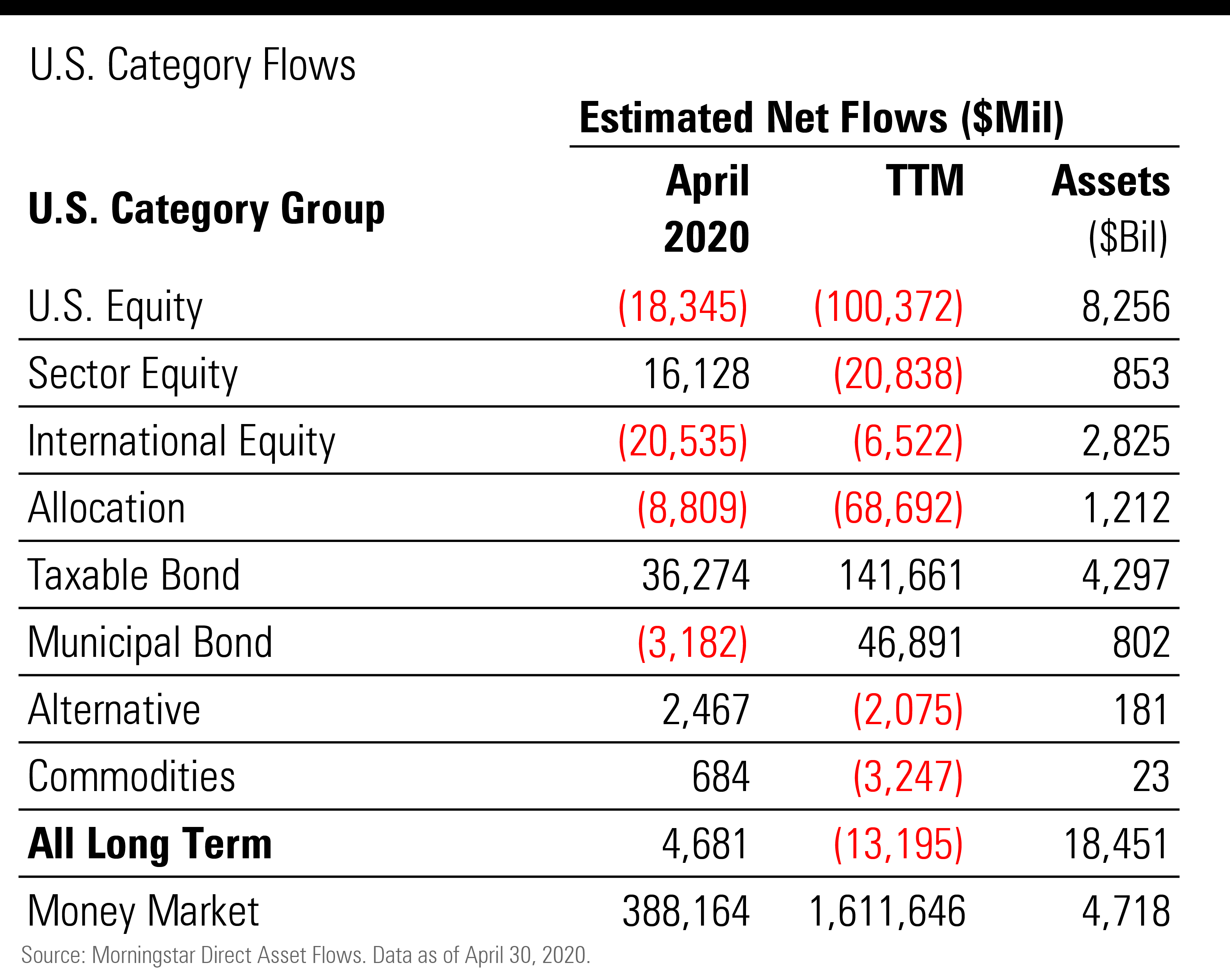 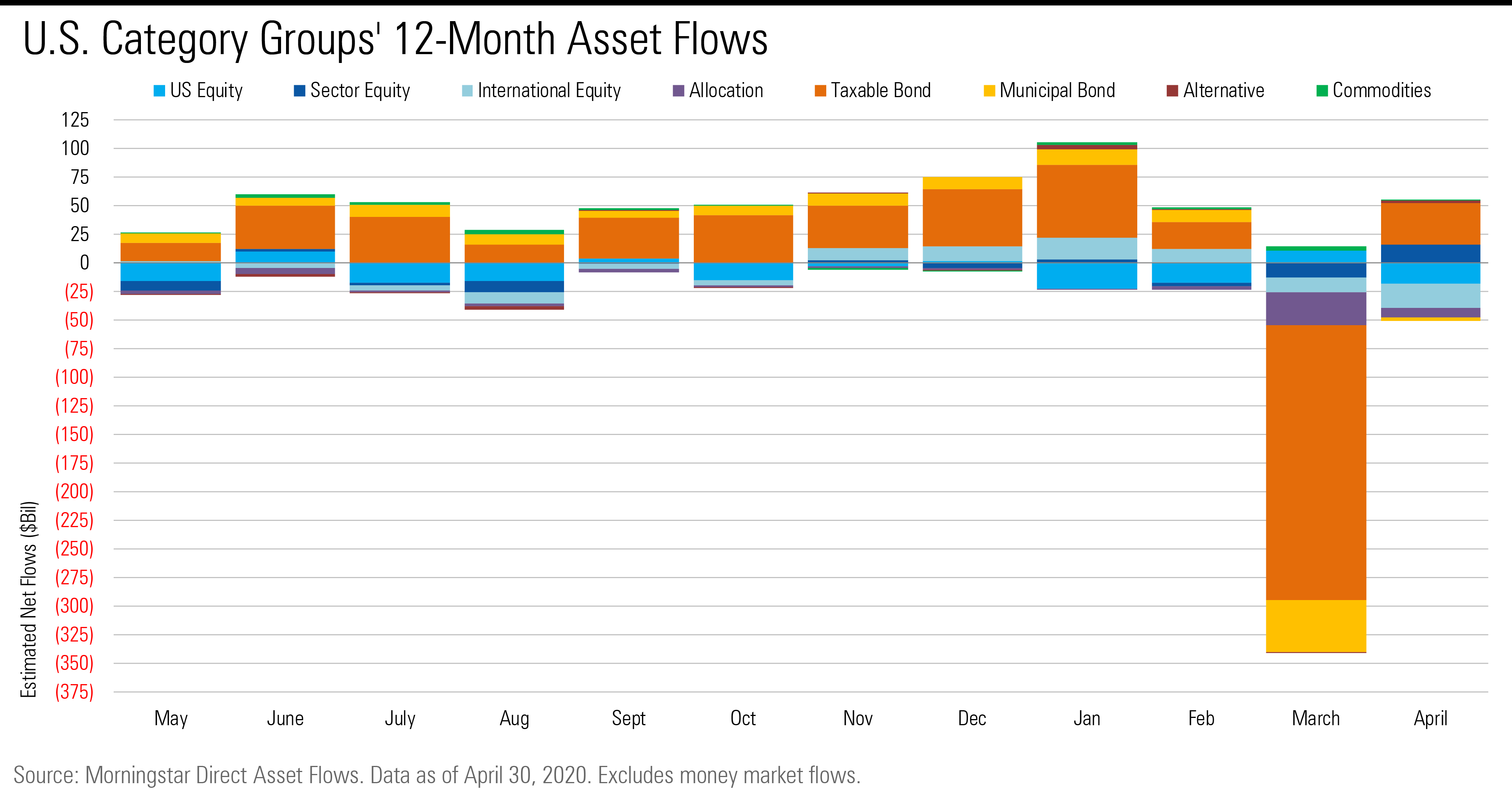 Investors seemed to find opportunities in sectors where the pandemic and the economic shutdown were having the greatest impact. Sector equity funds had near-record inflows of $16 billion in April. Health funds were big winners, with nearly $8 billion of net inflows. Investors also added to technology and equity energy funds to the tune of $4 billion and $2 billion, respectively.

Commodities were another area of interest; SPDR Gold Shares (GLD), an ETF that holds gold bullion, raked in $5 billion. The United States Oil Fund (USO), which drew attention in mid-April as traders paid to have oil futures contracts taken off their hands, soaked up nearly $3 billion. To be clear, some of these flows might pertain to share creation in order to sell these ETFs short. All told, commodities funds took in more than $12 billion of new money in April--an 11% organic growth rate.

From the fund family angle, after a rare month of outflows in March, Vanguard--the largest fund family by total long-term assets with $4.9 trillion--eked out a small gain of $347 million. Taken together, BlackRock and its iShares unit landed more than $12 billion. BlackRock in particular saw notable gains, a reversal from last month's $10 billion outflow: Its $4 billion of inflows in April were the most for the firm since October 2014. 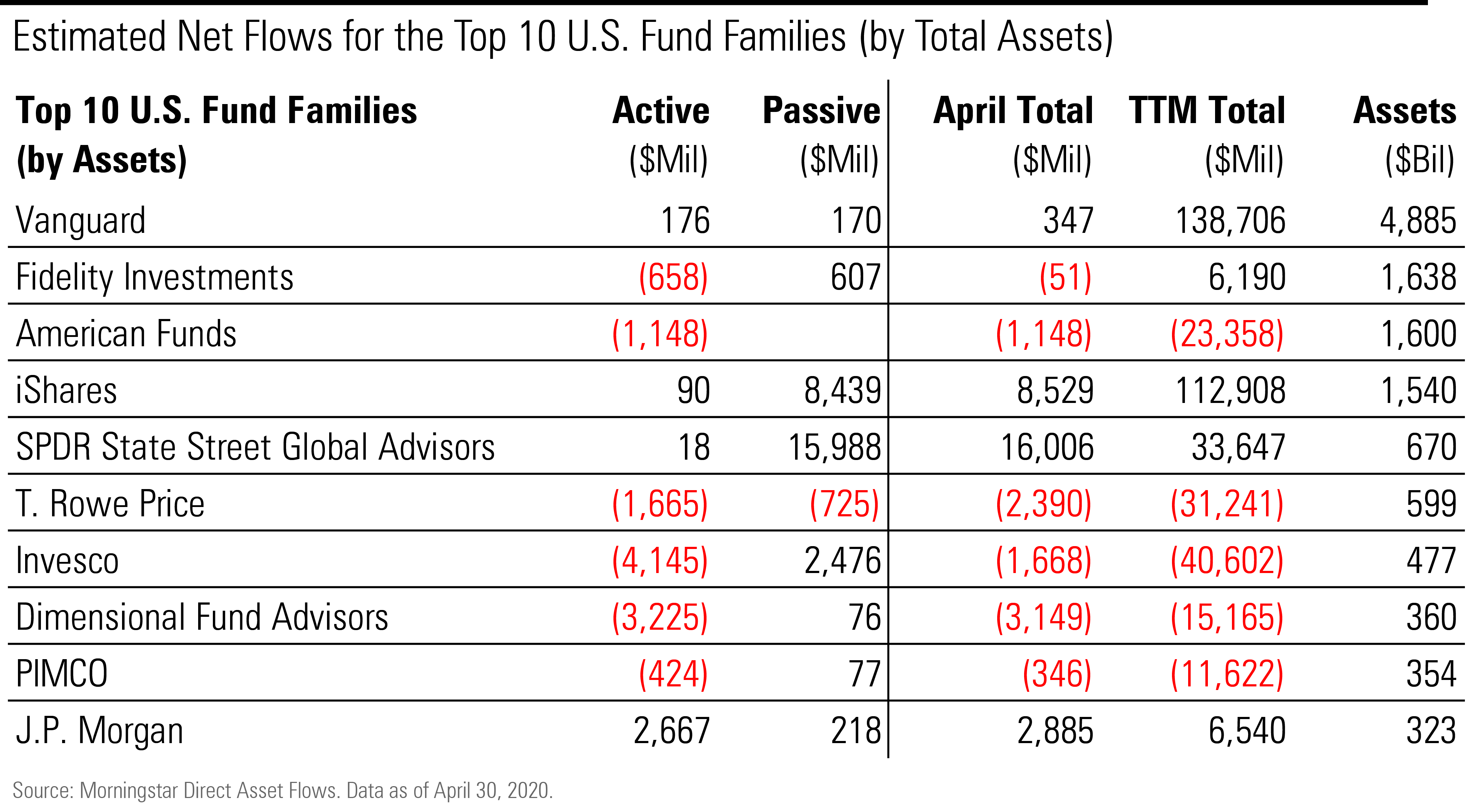 On the flip side, Oakmark--home of star managers Bill Nygren and David Herro--is in a rough patch. The firm, which ranks in the top 50 fund families by total long-term fund assets, lost $2.3 billion to redemptions in April for a monthly organic growth rate of negative 5%. 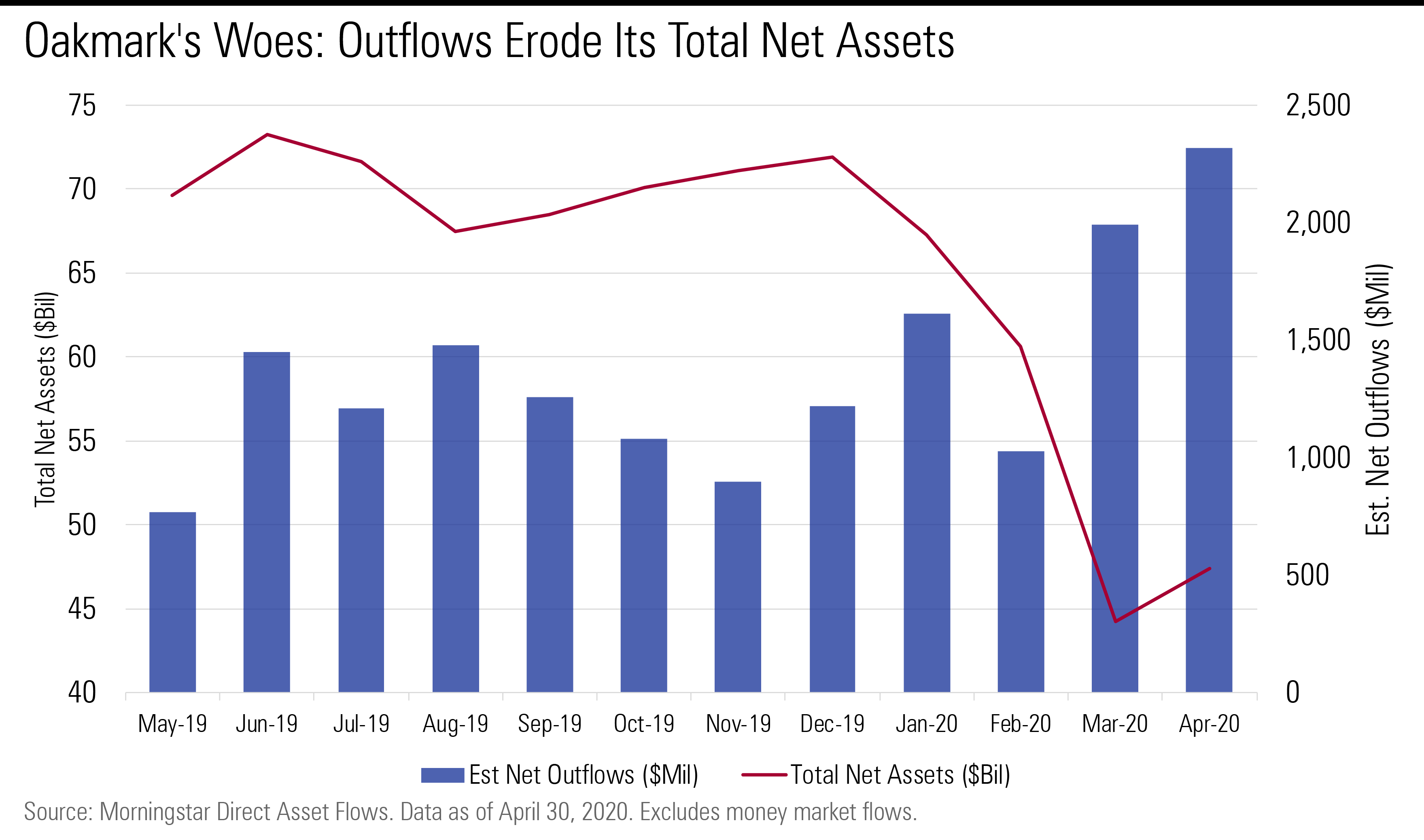 That's not all. The firm's organic growth rate was negative 21% for the 12 months through April, and it has shed assets every month since June 2018. It hasn't helped that the firm's two largest funds by total assets, Oakmark International (OAKIX) and Oakmark (OAKMX), were among their respective categories' worst performers for the year to date and trailing three years through May 11.

To explore the full analysis, download this year’s U.S. Fund Fee Study. Get My Copy