Bonds are ballast. When markets get stormy, they help steady investors’ portfolios. This most recent squall proved no exception. From the market’s nearby peak on Feb. 19, 2020, to its March 23 trough, the Morningstar Global Markets Index plummeted 34%. Meanwhile, the average fixed-income exchange-traded fund fell just shy of 9%. But this average varnishes over significant performance differences across fixed-income sectors. The spread between the best- and worst-performing bond ETF was 45%.

Credit Gets Crushed The financial markets began the year performing relatively well despite various simmering concerns. As seen in Exhibit 1 below, the Morningstar Global Markets Index gained about 2.5% between Jan. 1 and Feb. 19. The Bloomberg Barclays U.S. Aggregate Bond Index gained about 2.0% during this stretch. 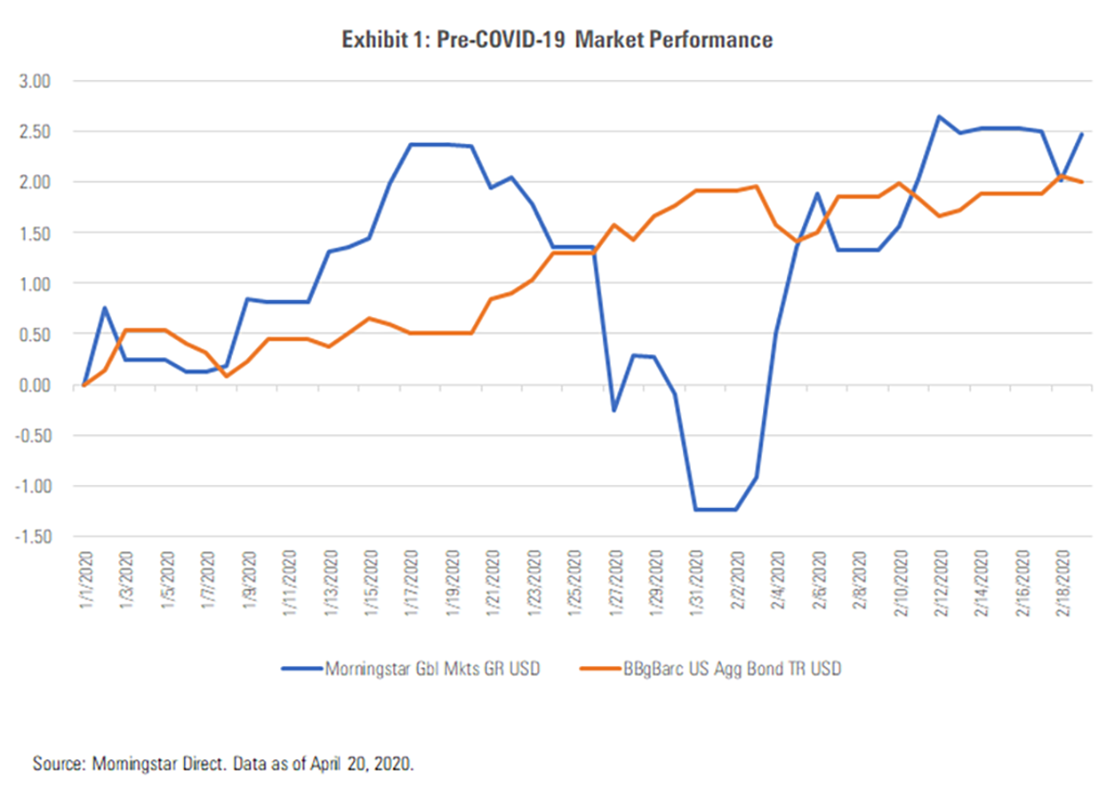 However, things changed quickly as the spread of COVID-19 accelerated. Economies across Europe and North America screeched to a halt as measures were enforced to slow the spread of the disease. Separately, an oil war erupted between Saudi Arabia and Russia, which caused the price of oil to fall dramatically.

Monetary policy makers took action to abate the financial impact of the crisis. The Federal Reserve cut interest rates twice. On March 3, the Fed lowered its rate target by 50 basis points. On March 16, it slashed the key rate by another 100 basis points. Additionally, the Fed announced a program that would involve buying corporate bonds and corporate bond ETFs to help shore up liquidity.

Credit markets sold off, as seen in the form of widening credit spreads depicted in Exhibit 2. The widening was not a surprising, but the speed and magnitude was. Spreads for BBB, high-yield, and CCC and lower-rated credits jumped 3.57%, 7.30%, and 9.78%, respectively, during the peak-to-trough period. This was the largest widening in credit spreads within a month-long period since the 2008 financial crisis. 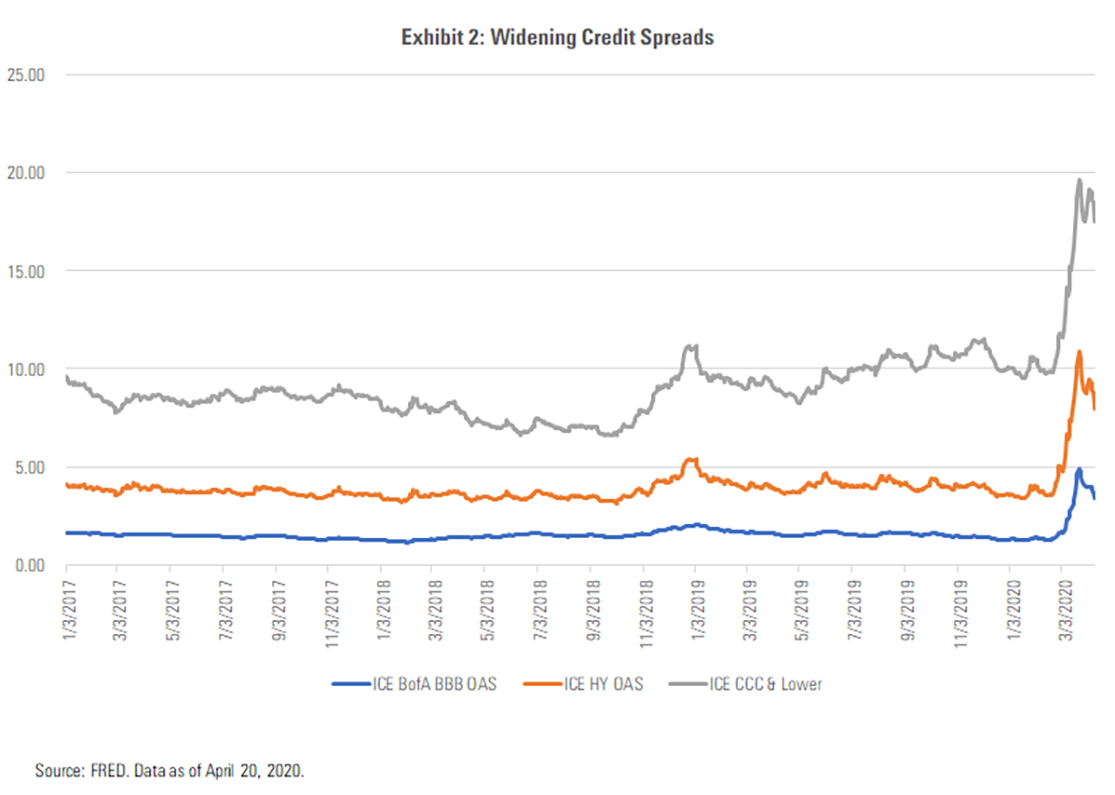 Exhibit 3 contains a heat map that details the performance of ETF proxies for a variety of fixed-income categories. The funds are ranked in descending order by their peak-to-trough performance during the recent sell-off. 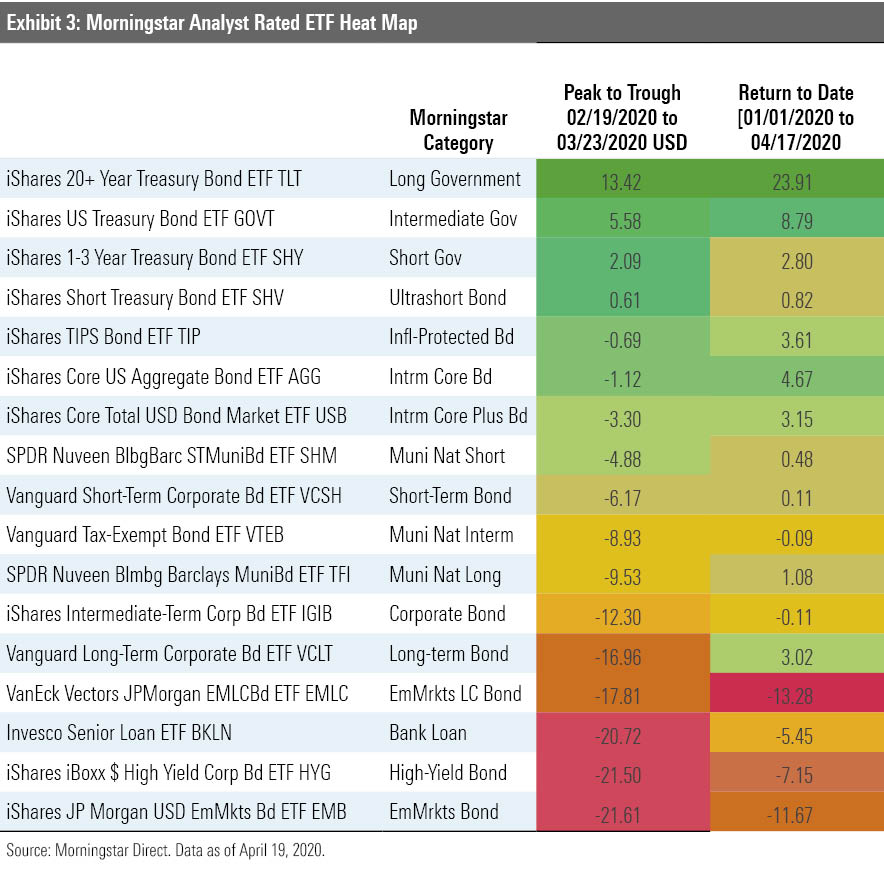 A quick glance at Exhibit 3 reveals what should (hopefully) be an obvious lesson: When the going gets rough, investors get punished for taking credit risk. The best-performing categories were those that are practically devoid of credit risk: the long-, intermediate-, and short-government categories. Longer-term bonds also benefited from their relatively greater interest-rate risk as rates fell during this period.

Safe as Treasuries Bonds issued by the U.S. Treasury Department are backed by the full faith and credit of the U.S. government and thus are free from credit risk. With no real credit risk to consider, interest-rate risk is the primary performance driver of these bonds. That is why funds belonging to the long government category were standouts during the recent market drawdown. These funds got a lift from falling interest rates. 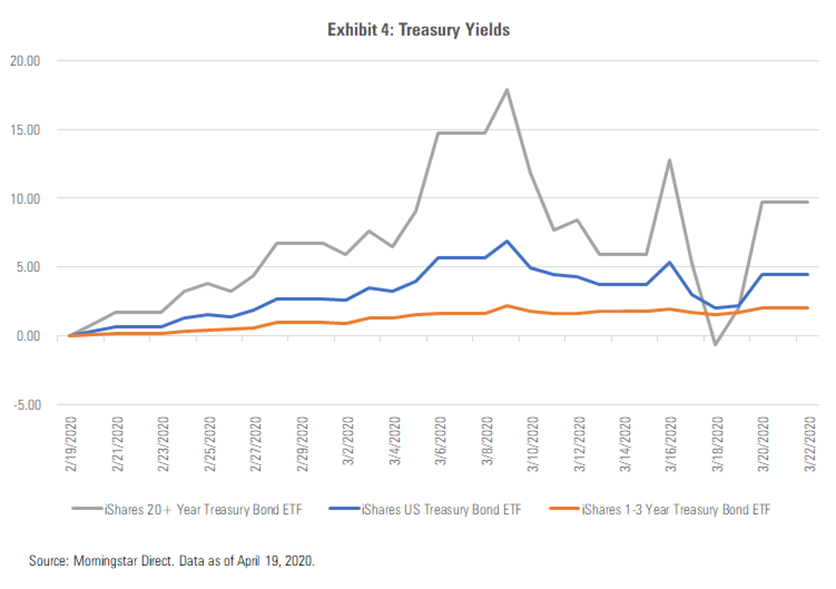 U.S. government bonds performed well during this crisis period because they are relatively safe. And as bond investors lose faith in the ability of corporations and emerging-markets governments to service their debt, demand for safe-haven assets grows.

Credit Risk Cuts Both Ways ETFs in the emerging markets, high yield, and bank loan Morningstar Categories share something in common: credit risk. Funds in these categories tend to generate higher returns than their less-risky counterparts to compensate investors for assuming more risk. But this is also why they are prone to severe drawdowns, as was the case over the recent peak-to-trough period.

High-yield bonds are debts issued by companies that are particularly vulnerable to changes in the business cycle. Bank loans are like high-yield bonds in that they typically represent the debt of companies with below-investment-grade credit ratings. Bank loans differ in that they are secured by collateral on the issuer’s balance sheet and pay an interest rate that fluctuates with Libor. As a result, bank loans contain less credit risk and interest-rate risk relative to high-yield bonds, but they are also much less liquid, which can make them difficult to index effectively.

Bonds issued by emerging-markets governments carry a lot of credit risk and therefore pay higher yields to U.S. Treasuries. This is because there is a risk that these governments will not be able to repay their obligations. These economies generally have less industrial diversity, they contain idiosyncratic sector risk, and they are more vulnerable to changes in the global business cycle. Therefore, a shock specific to an industry that an emerging-markets economy is particularly dependent on--like energy--or a shock that affects global economic production will negatively impact the performance of these countries’ bonds.

For example, as of March 2020, about 15% of the market value of the Morningstar EM Sovereign Bond Index was composed of bonds issued by Saudi Arabia or Russia, economies heavily dependent on oil production. Additionally, non-energy-dependent economies face greater uncertainty in the wake of the COVID-19 crisis as the slowdown in economic production affects their domestic output.

Investors are often lured to these market segments by the siren song of higher yields. While the yields may be enticing, risk and reward tend to be highly correlated in these corners of the fixed-income market. Quality bonds are ballast, credit-risky ones clearly are not.

Neal Kosciulek does not own shares in any of the securities mentioned above. Find out about Morningstar’s editorial policies.