(Preface: This piece examines how successful active stock funds have been during the recent bear market. But that question should be pretty far down your list of concerns, at the top of which are health, family, society, financial goals, investment plan, and asset allocation. Take care of those things first and then, and only then, you can turn your attention to how active funds have done. An article like this will hopefully come in handy at that appointed time.)

Did active stock managers succeed more often in beating their indexes during the recent sell-off? That question is timely given that some of active management’s strongest proponents have argued it will shine in a bear market. But we hadn’t seen a bear market in U.S. stocks for more than 11 years, making the assertion hard to assess. Now that we’re in a bear market, we can put active stock funds to the test.

We find that 52% of active U.S. stock funds beat their indexes during the bear market (Feb. 20 to March 12, 2020). That’s an improvement from the rally that preceded it (Dec. 24, 2018, to Feb. 19, 2020), when only 29% of active funds topped their index. Yet, most of the funds that outperformed in the sell-off also lagged during the rally. In addition, those funds outperformed their indexes during the bear market to a smaller degree than they lagged them in the rally. Thus, even with the better bear-market showing, two thirds of active U.S. stock funds still lag their benchmarks since December 2018.

In the remainder of this piece, we review the key takeaways from our analysis of active U.S. stock funds’ recent performance. 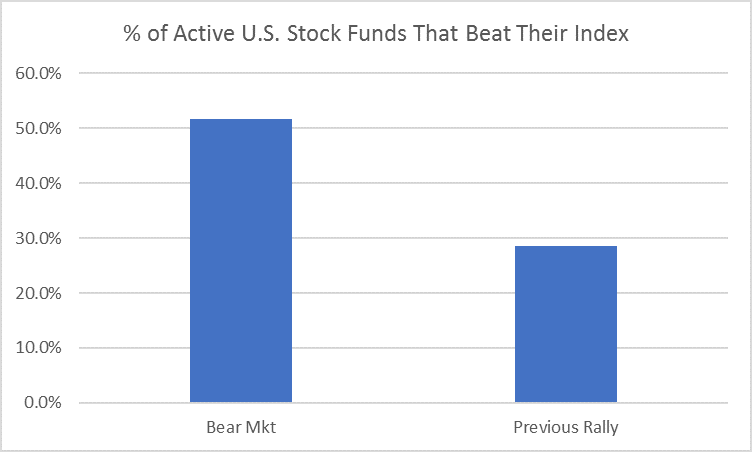 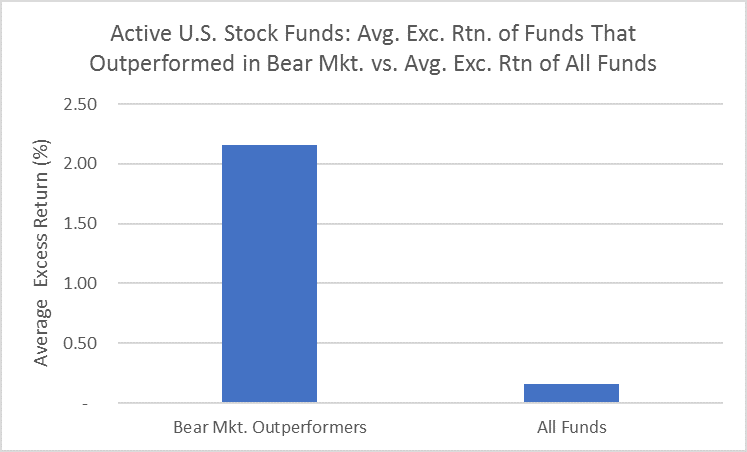 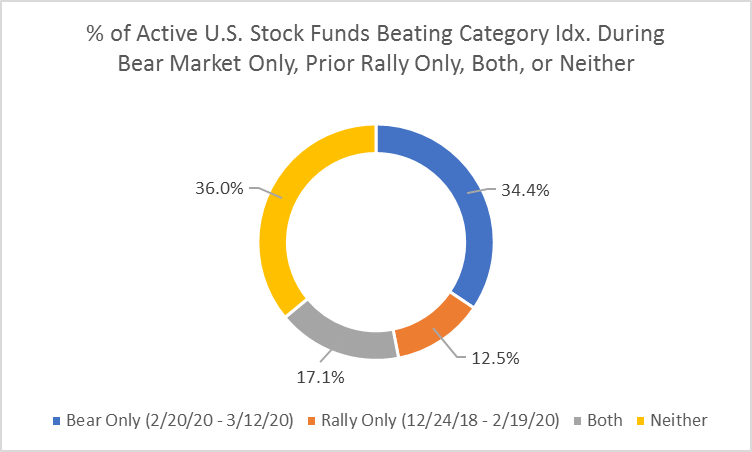 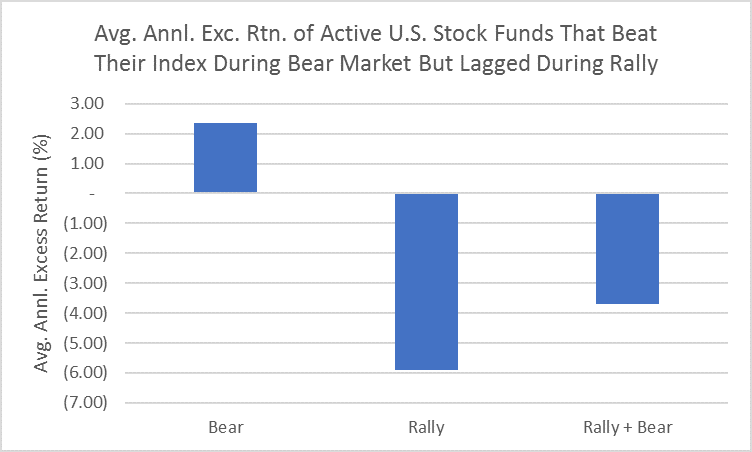 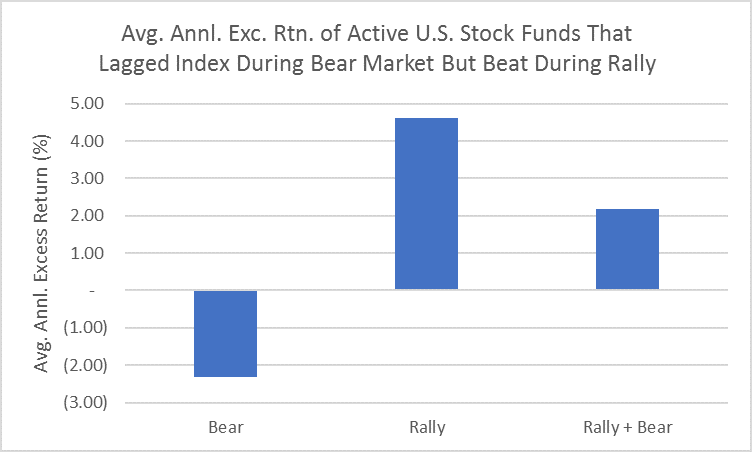 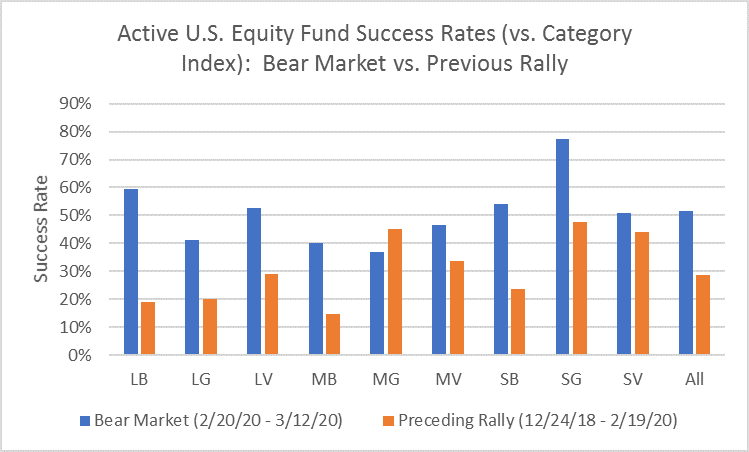 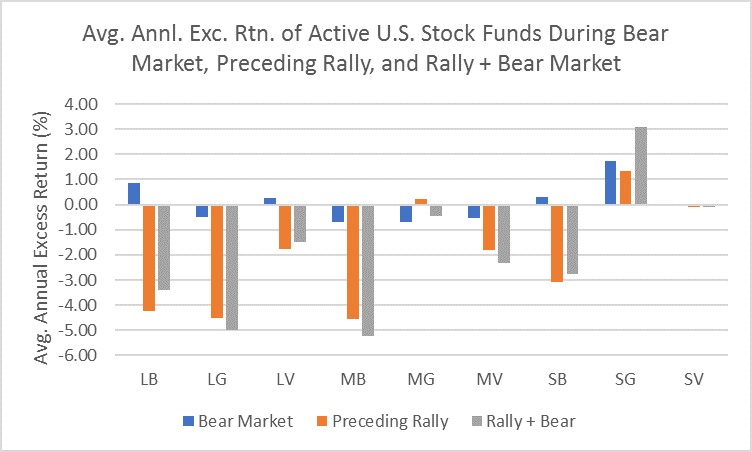