The fixed-income market generated relatively strong returns in the third quarter driven mainly by the continued decrease in interest rates, which pushed bond prices higher across the board. In the U.S. Treasury bond market, the overall yield curve declined, but the curve also flattened as interest rates on the longer end of the curve fell further than the shorter end. In the short end of the curve, the 2-year declined by only 13 basis points to 1.62%, whereas in the longer end, the 10-year declined 35 basis points to 1.66%, close to its multiyear lows. 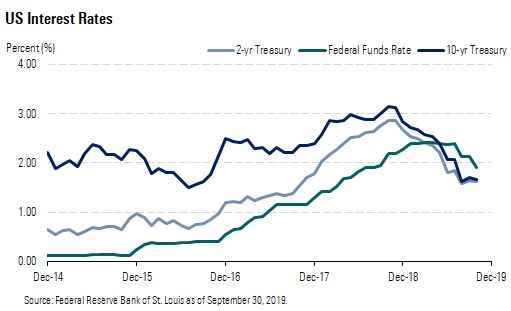