Two weeks ago, we noted the market's difficulty digesting a prodigious serving of new issuances, as some investors were looking to lock in profits for the year early and others seem to have begun year-end window-dressing early this year. This led to a bout of heartburn as the market tried to digest the new supply, and corporate credit spreads had to widen out to attract investors. This trend continued early last week, but once the new supply was absorbed by midweek, the corporate bond market began to recover in the latter half of the week. By the end of the week, the average spread of the Morningstar Corporate Bond Index (our proxy for the investment-grade bond market) had widened 1 basis point to +105. The high-yield market, after widening as much as 20 basis points by midweek, recovered its losses, and the BofA Merrill Lynch High Yield Master Index ended the week unchanged at +376. 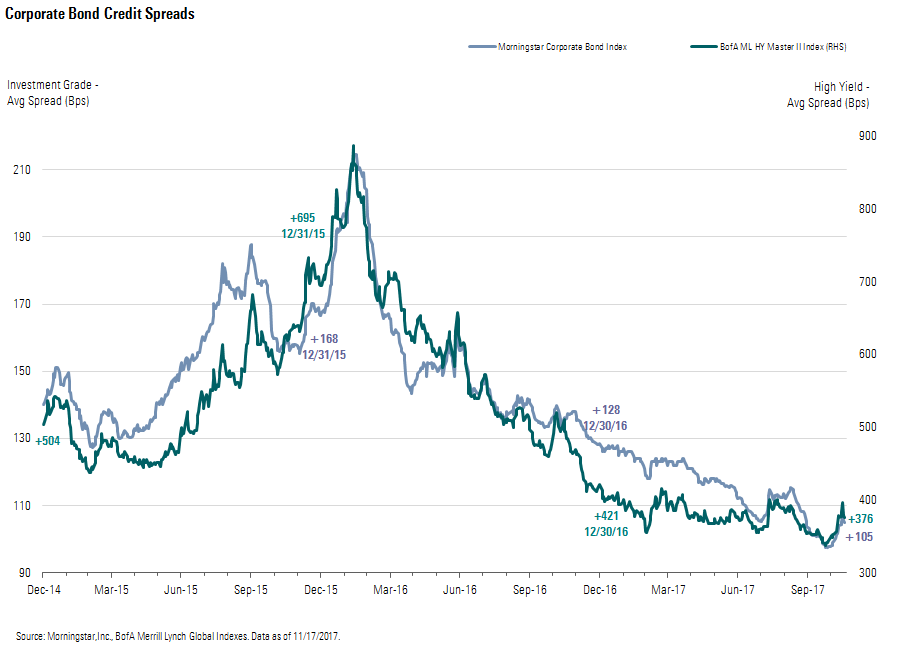