Despite rising interest rates in the Treasury bond market, corporate bond prices were essentially unchanged last week. The amount that credit spreads tightened offset much of the rise in underlying interest rates. The yields on longer-dated Treasuries rose 14-15 basis points during the week, resulting in the 5-, 10-, and 30-year U.S. government bonds ending the week at 1.36%, 1.89%, and 2.71%, respectively. The average credit spread of the Morningstar Corporate Bond Index continued its multimonth tightening trend, declining 10 basis points to end the week at +146. Thus far this year, investment-grade credit spreads have tightened 22 basis points, bringing our index down to its lowest level since June 2015, when oil was still $60 a barrel. In the high-yield market, the average spread of the Bank of America Merrill Lynch High Yield Index tightened 33 basis points to +629. Thus far this year, high-yield credit spreads have tightened 66 basis points to their lowest level since November 2015. 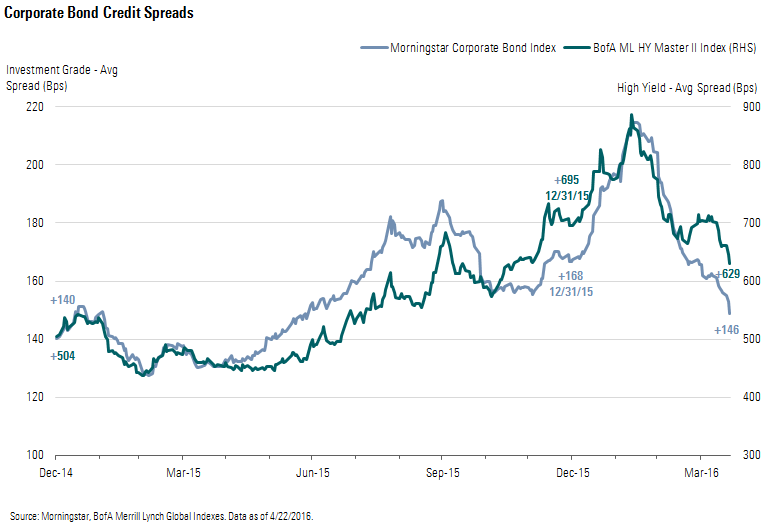 David Sekera does not own (actual or beneficial) shares in any of the securities mentioned above. Find out about Morningstar’s editorial policies.