Vanguard continued to dominate the fund industry in 2013. Through the first 11 months, the firm raked in $117 billion of long-term mutual fund and ETF assets compared with $425 billion for the industry. Vanguard has finished first or second in terms of flows in all but two of the past 20 years. This has allowed the firm to increase its market share to 18% from just 8% two decades ago and places it well ahead of rivals Fidelity and American Funds, both of which have lost market share over the past five years. 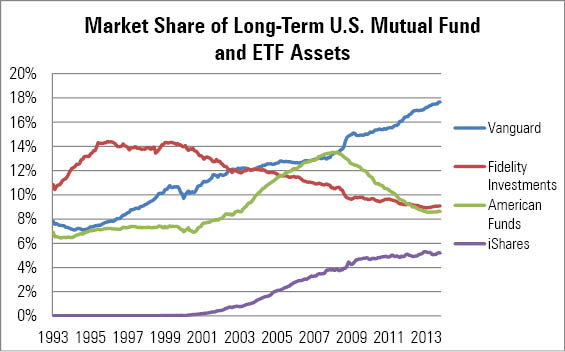