The value-stock revival ran out of steam in the second quarter, as large- and mid-growth stocks took the lead in June. 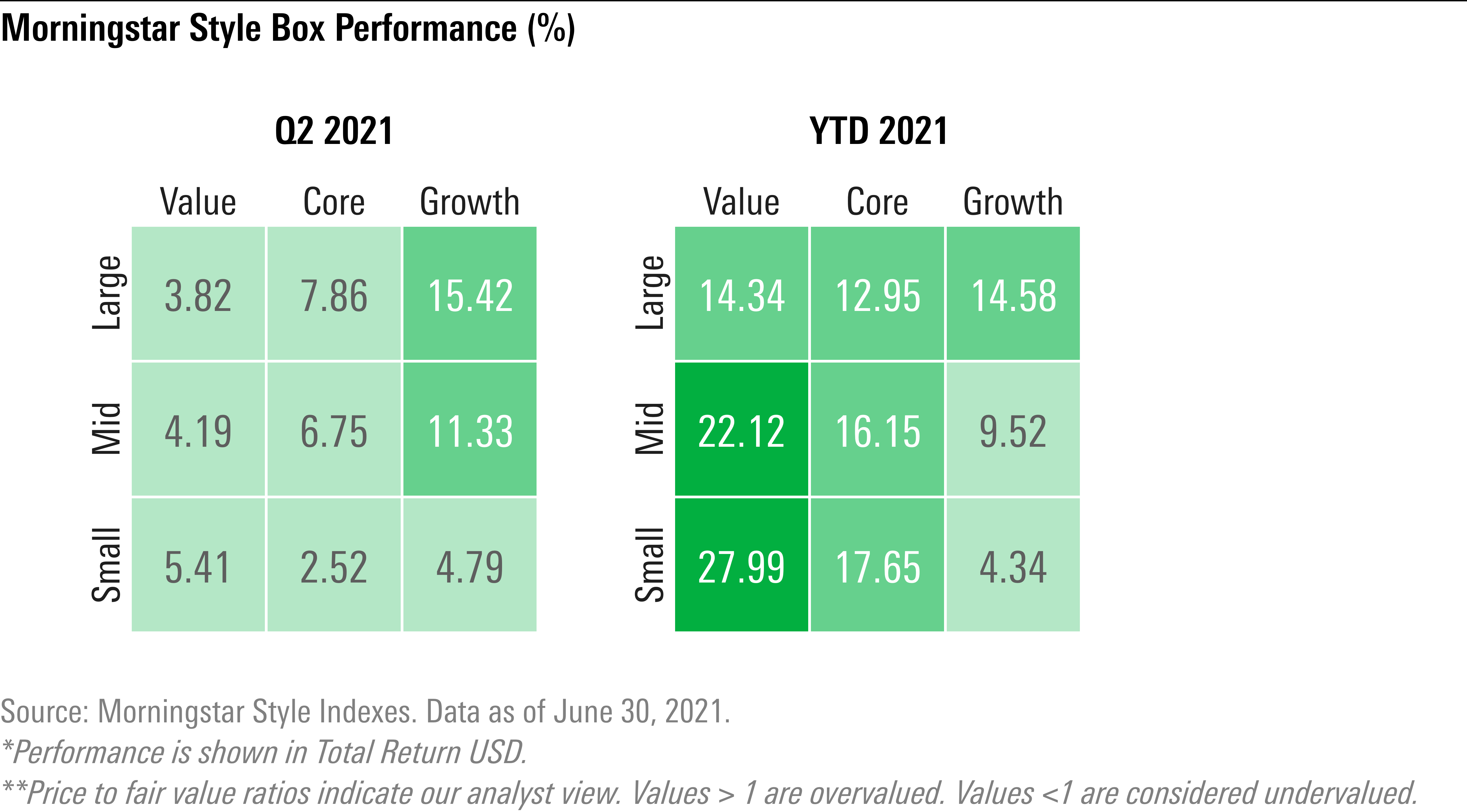 Heading into the second quarter, value stocks were on a long-awaited comeback, having lagged growth for years. (Morningstar Direct clients can find our full first-quarter Morningstar Style Box report here.)

Over the past three months, however, as the quarter progressed, the trend became less clear, with value and growth stocks trading the lead. 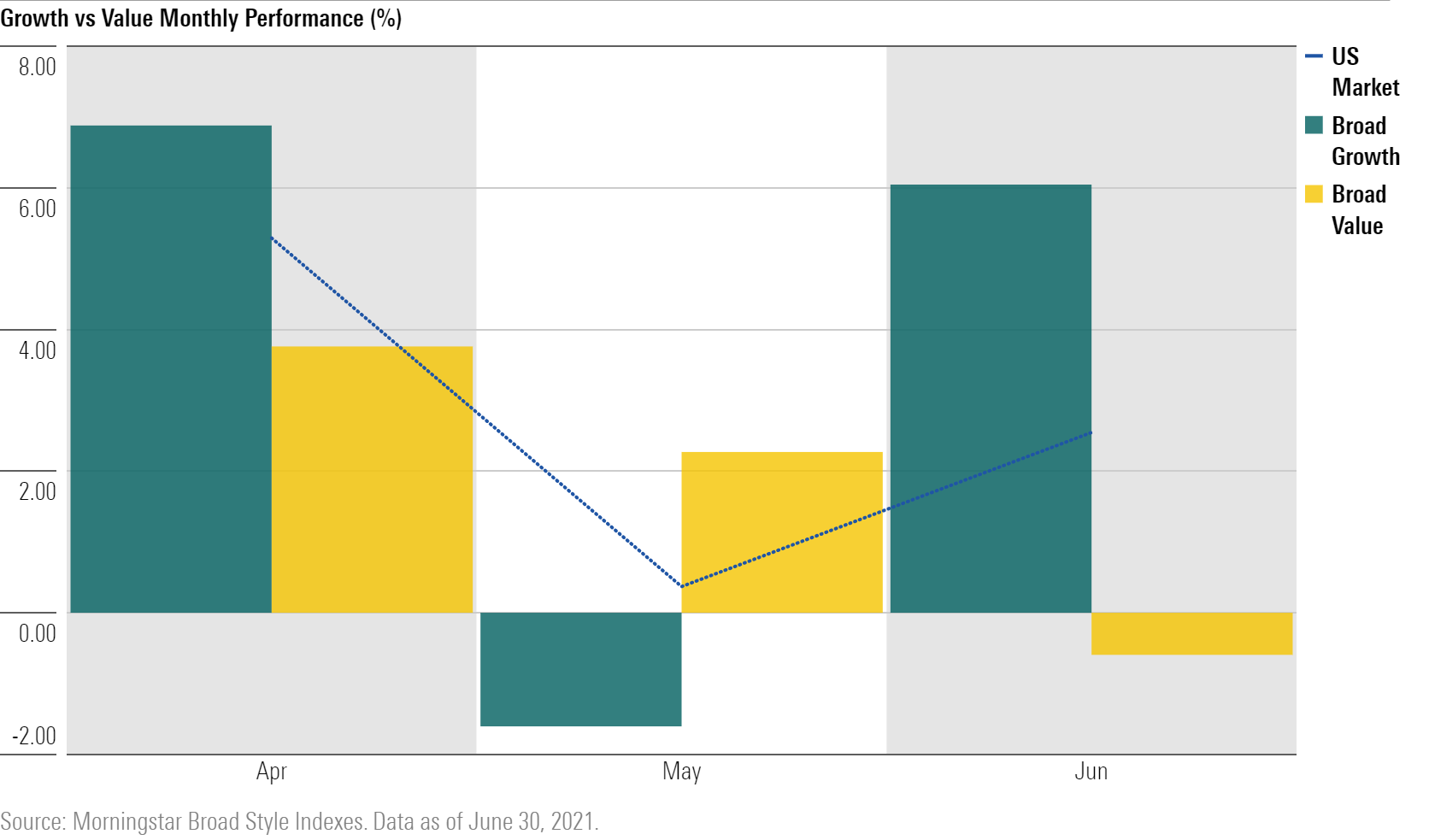 But in the weeks since the Morningstar Large Growth Index hit a recent low on May 12, large-growth stocks surged, ending the quarter up 15% and finishing 7% ahead of the broader market. Large value ran out of gas after its fourth- and first-quarter gains. 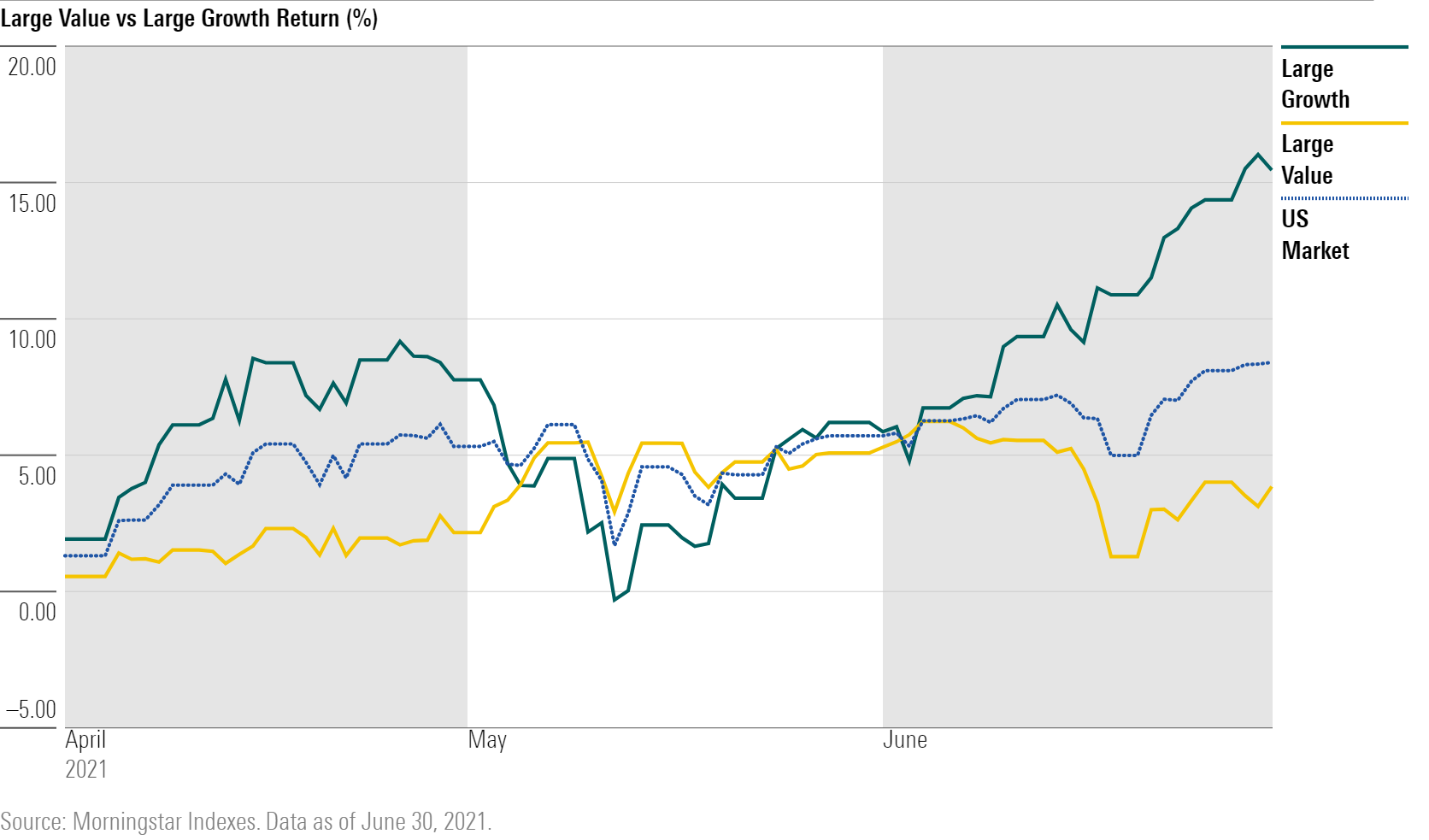 One aspect of the story is valuations. When the value rally began in October, stocks on that side of the style box were on balance meaningfully undervalued. However, that discount has largely disappeared.

Since March 31, price/fair value estimates of value stocks haven't changed much. But growth companies of all market caps have on average moved further into overvalued territory. 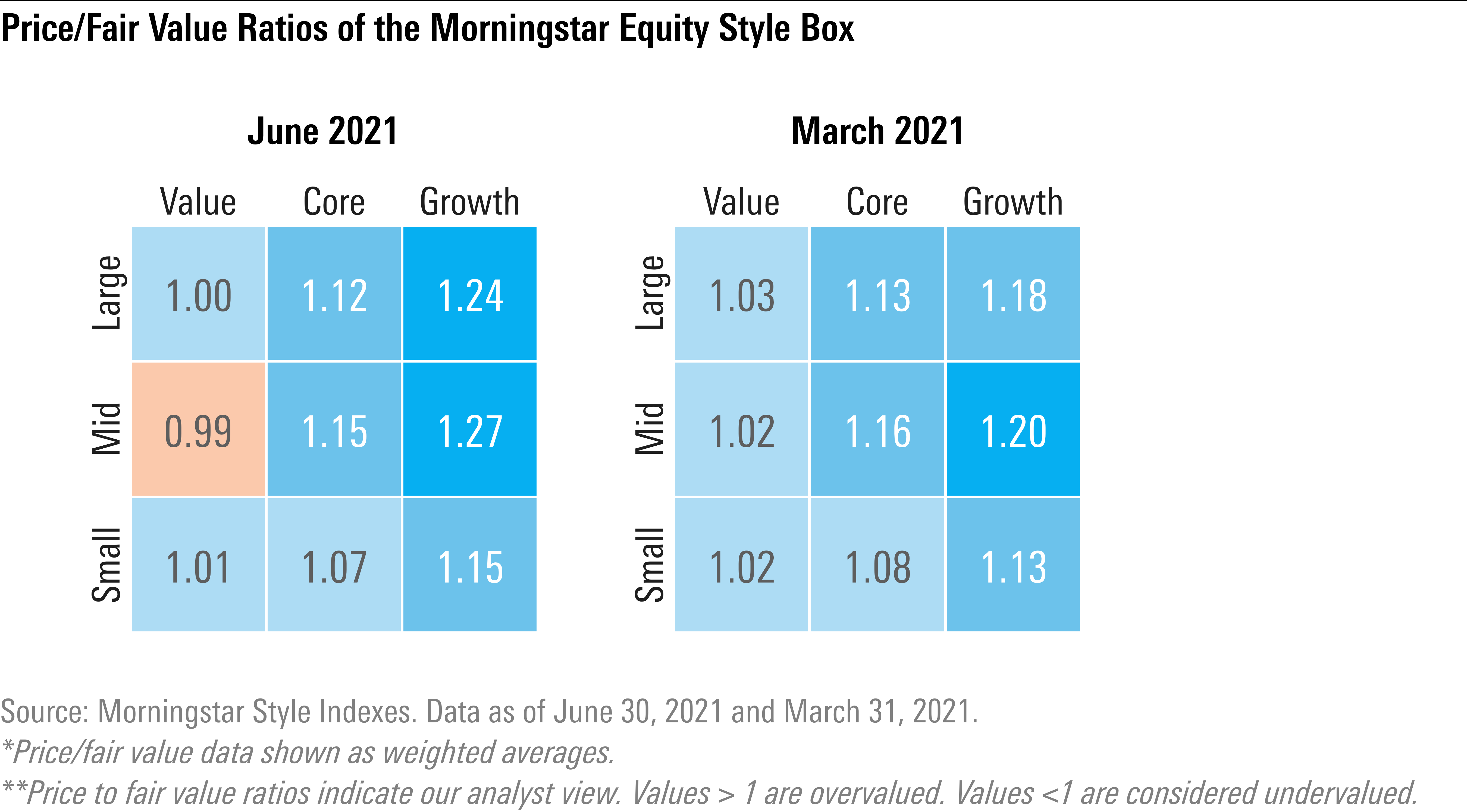 Sector-level performance underlies growth’s renewed strong run. The communication services and healthcare sectors each contributed more than 2% to this quarter’s large-growth return. But it was technology that led the charge in large growth, contributing 5.5% to the index’s more-than-15% quarterly gain. 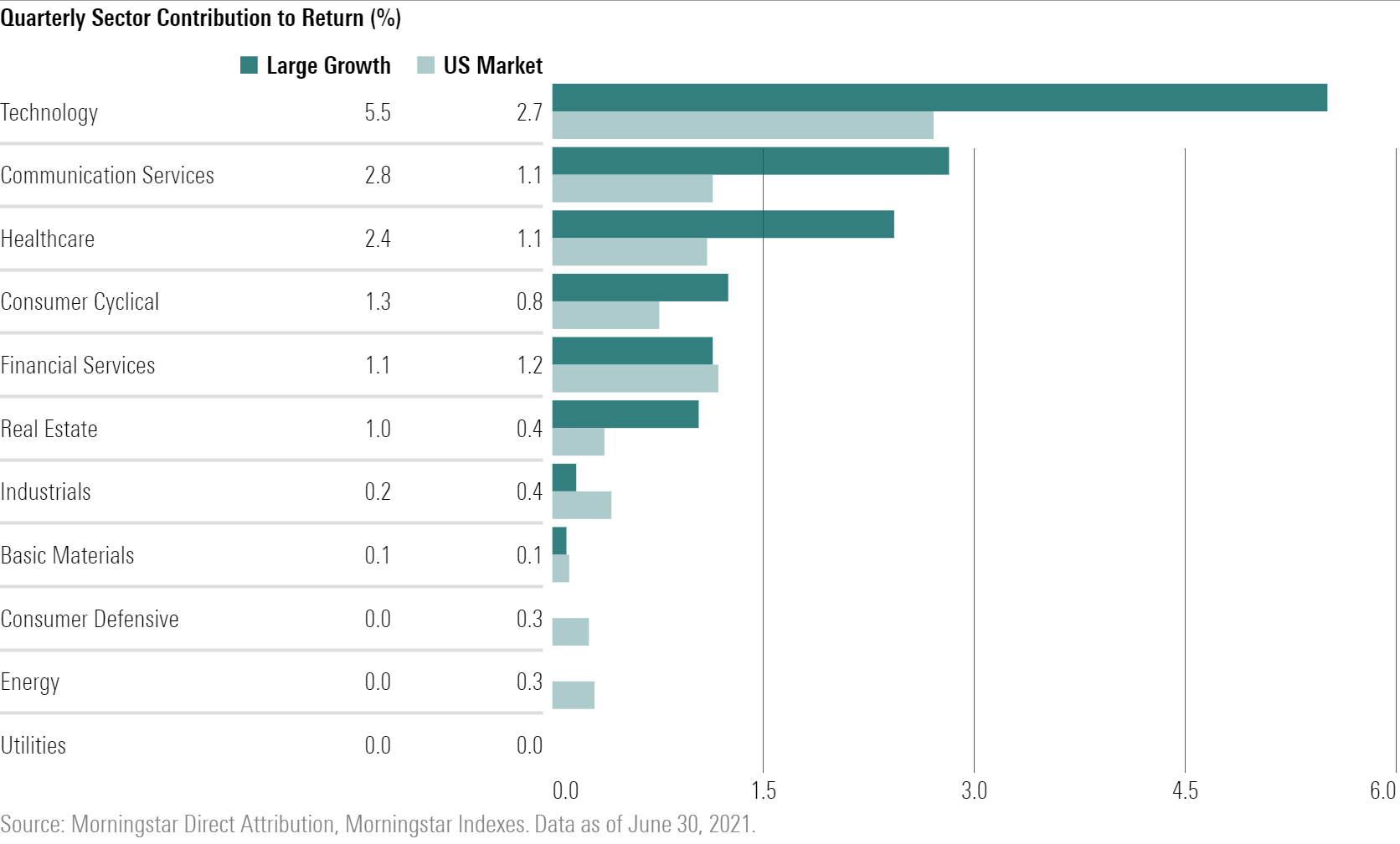 Small-value stocks, which led the Morningstar Style Box for the year to date, slowed their gains during the second quarter. In the first quarter, nearly all sectors contributed to small value’s big gains, but saw an across-the-board cooling off over the past three months. Even the energy sector, which led small value with returns of over 22% this quarter, looks less impressive in comparison with last quarter’s 37% return. 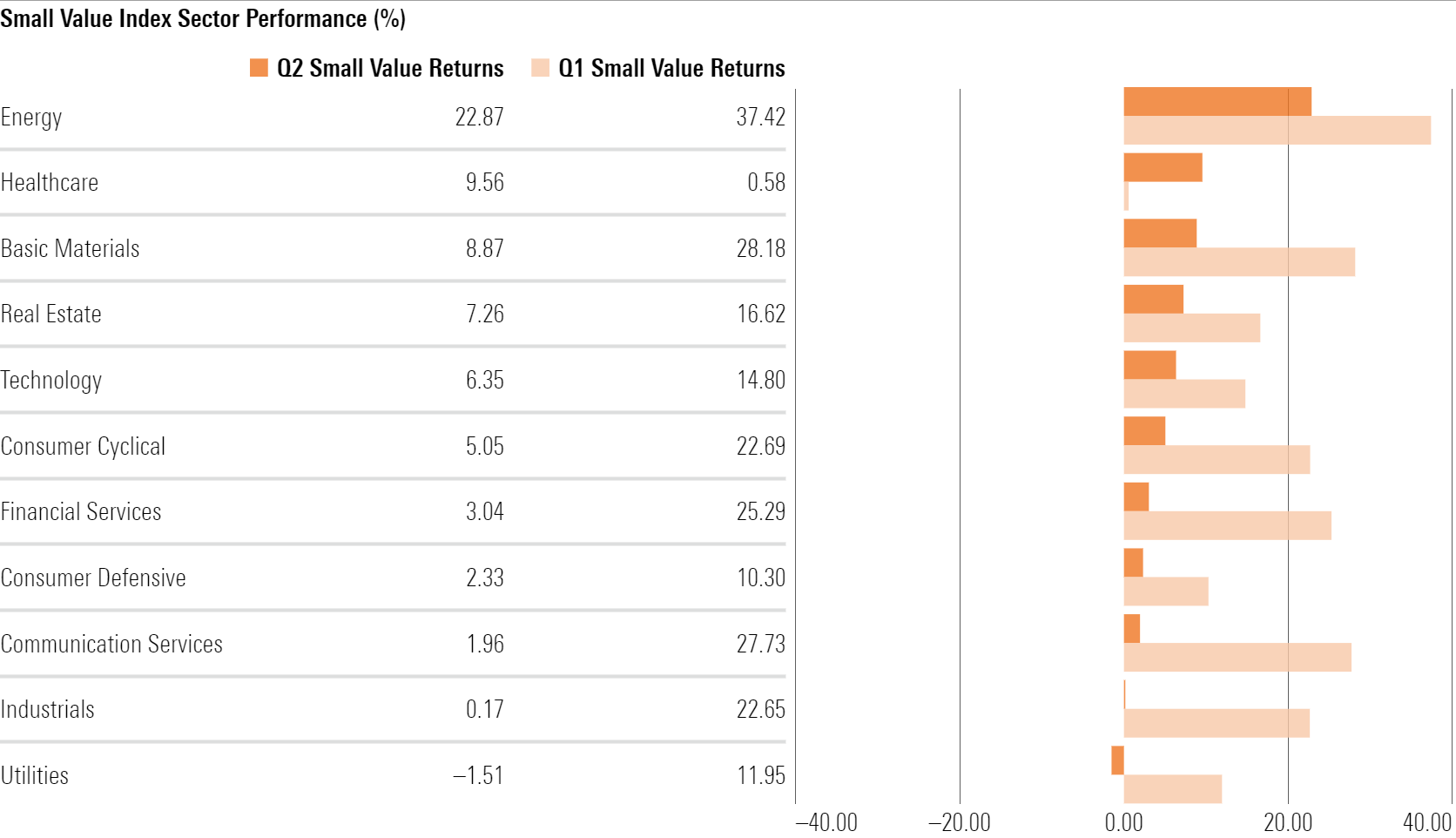 Stepping back from the quarter, the longer-term trends continue to reflect the dominance of growth stocks. Over three- and five-year runs, growth has outperformed value, fueled in part by the strong performance of the FAANG stocks.

Lauren Solberg does not own (actual or beneficial) shares in any of the securities mentioned above. Find out about Morningstar’s editorial policies.