The Morningstar US Communication Services Index continues to trade largely in line with the broader market, with so-called FAANG stocks driving both. The sector has gained 6% since the end of June versus a 5% gain for the Morningstar US Market Index. Facebook, which accounts for about 20% of the sector index, was again the biggest positive contributor during the third quarter, gaining about 10% despite a bevy of headlines surrounding potential antitrust actions, proposed content regulation changes, and the fate of social media rival TikTok. With President Donald Trump approving a deal between Oracle, Walmart, and TikTok, the upstart social media platform will remain in the U.S., competing fiercely for consumers’ time and attention. However, Facebook has already responded, making Reels available on Instagram. In addition, the presence of a formidable emerging competitor could reduce antitrust pressure. While we believe Facebook’s moat is firmly intact, the shares are trading in line with our fair value estimate. 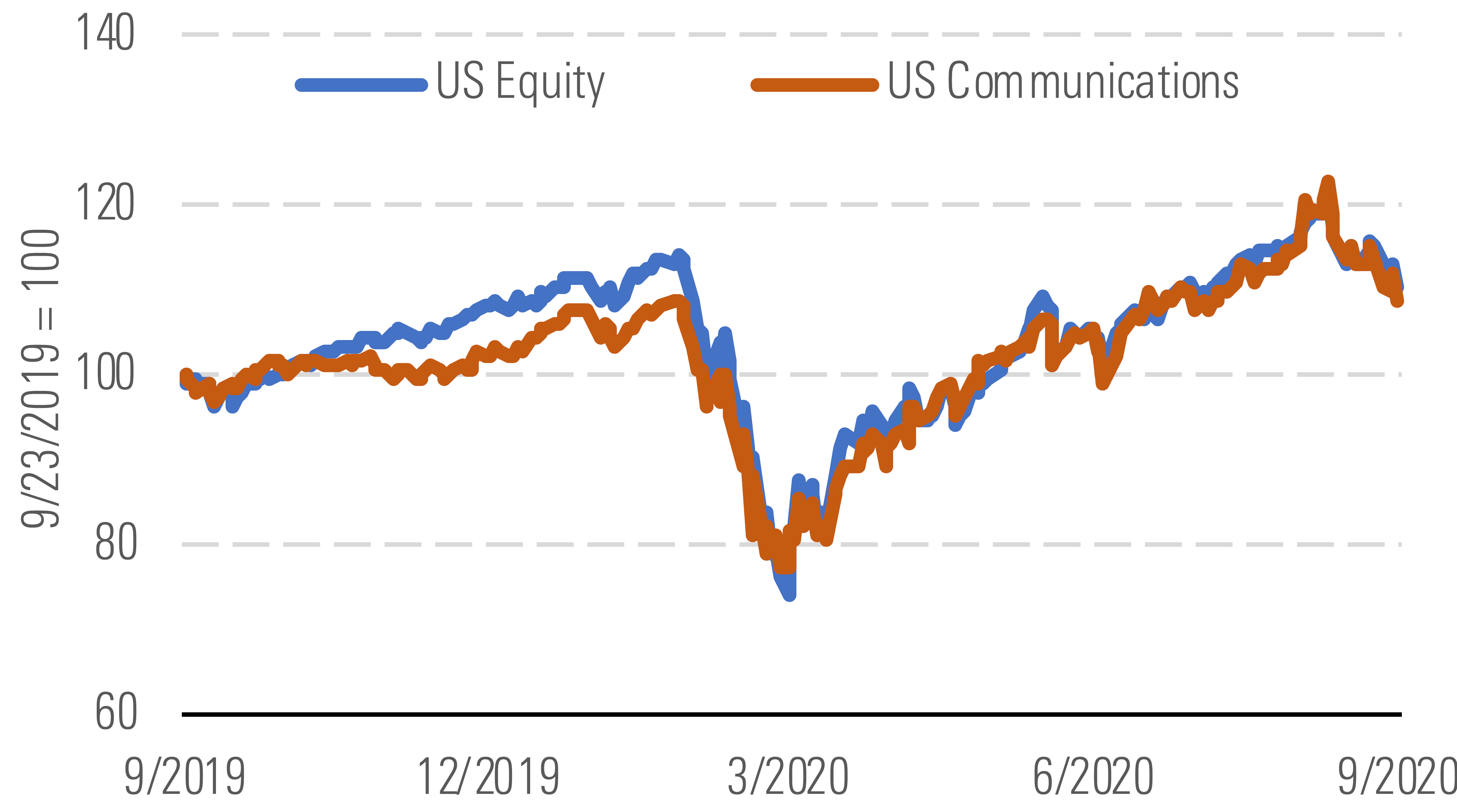 Mega-cap stocks have held communications in line with the broad market. - source: Morningstar 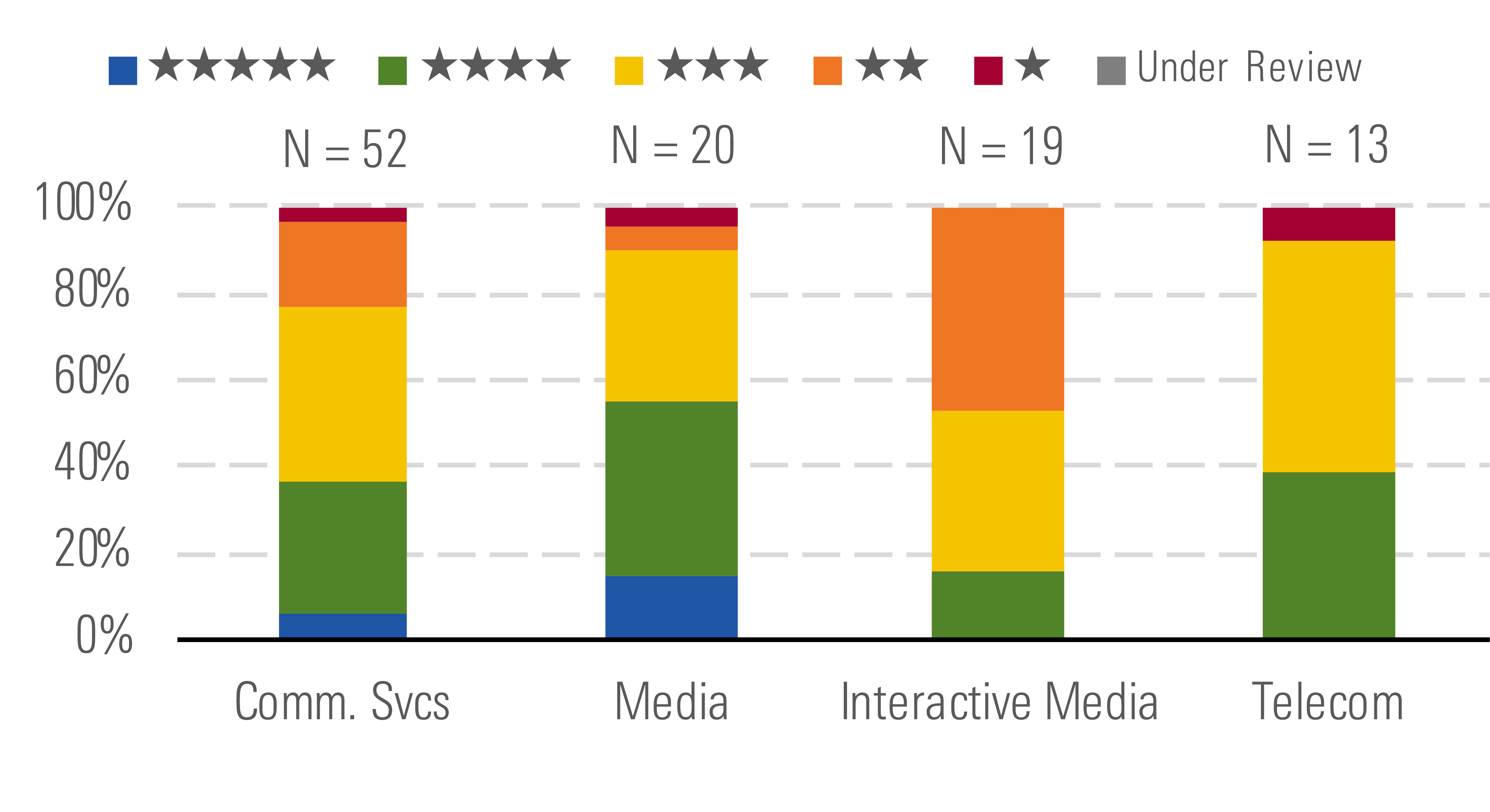 Elsewhere in the sector, Nelson Peltz’s Trian disclosed that it has taken a stake in Comcast, stating that it believes the shares are undervalued. We agree that an odd valuation discrepancy has opened up between the firm and its cable peer Charter. Charter’s enterprise value has hit 13 times trailing EBITDA, the highest in recent memory, while Comcast trades a bit above 9 times. Altice USA, a highly leveraged cable pure play like Charter, also trades at about 9 times. If Comcast’s cable business traded at the same multiple as Charter, NBC Universal and Sky would be assigned virtually no value whatsoever. There are reasons why we would expect Charter to trade at a somewhat higher multiple than its peers, but these businesses are still very comparable, with strong competitive positions versus the phone companies. 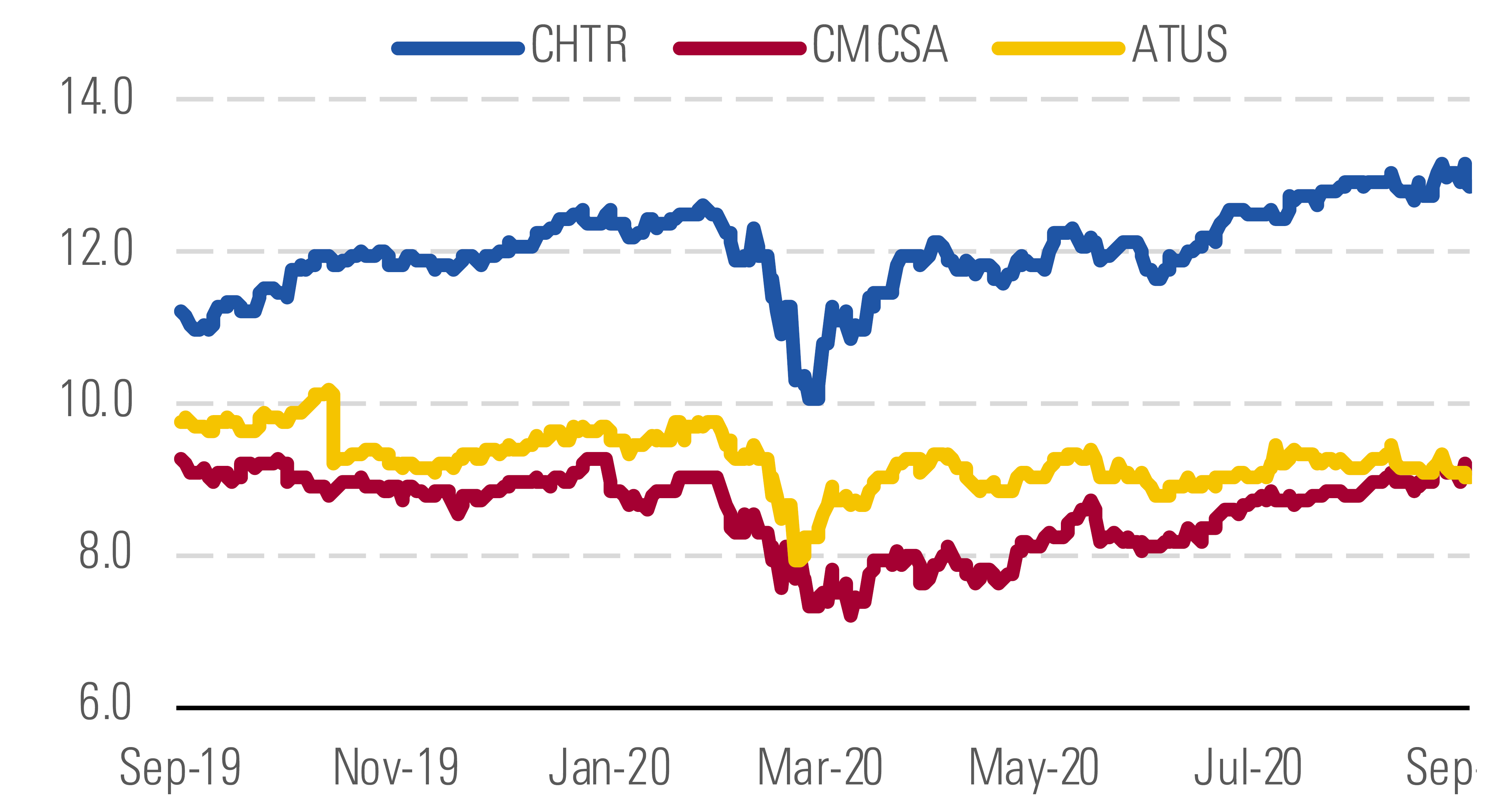 We aren’t sure what Peltz has in mind, but the activist investor could be pushing Comcast to spin off its media businesses. We don’t think CEO Brian Roberts, who has one third voting control, is likely to approve of any short-term moves to counter the current valuation discrepancy. Still, a spin-off could facilitate one last major round of M&A in the media space. For example, we view a tie-up with AT&T’s WarnerMedia as especially intriguing, as the two businesses would complement each other extremely well. 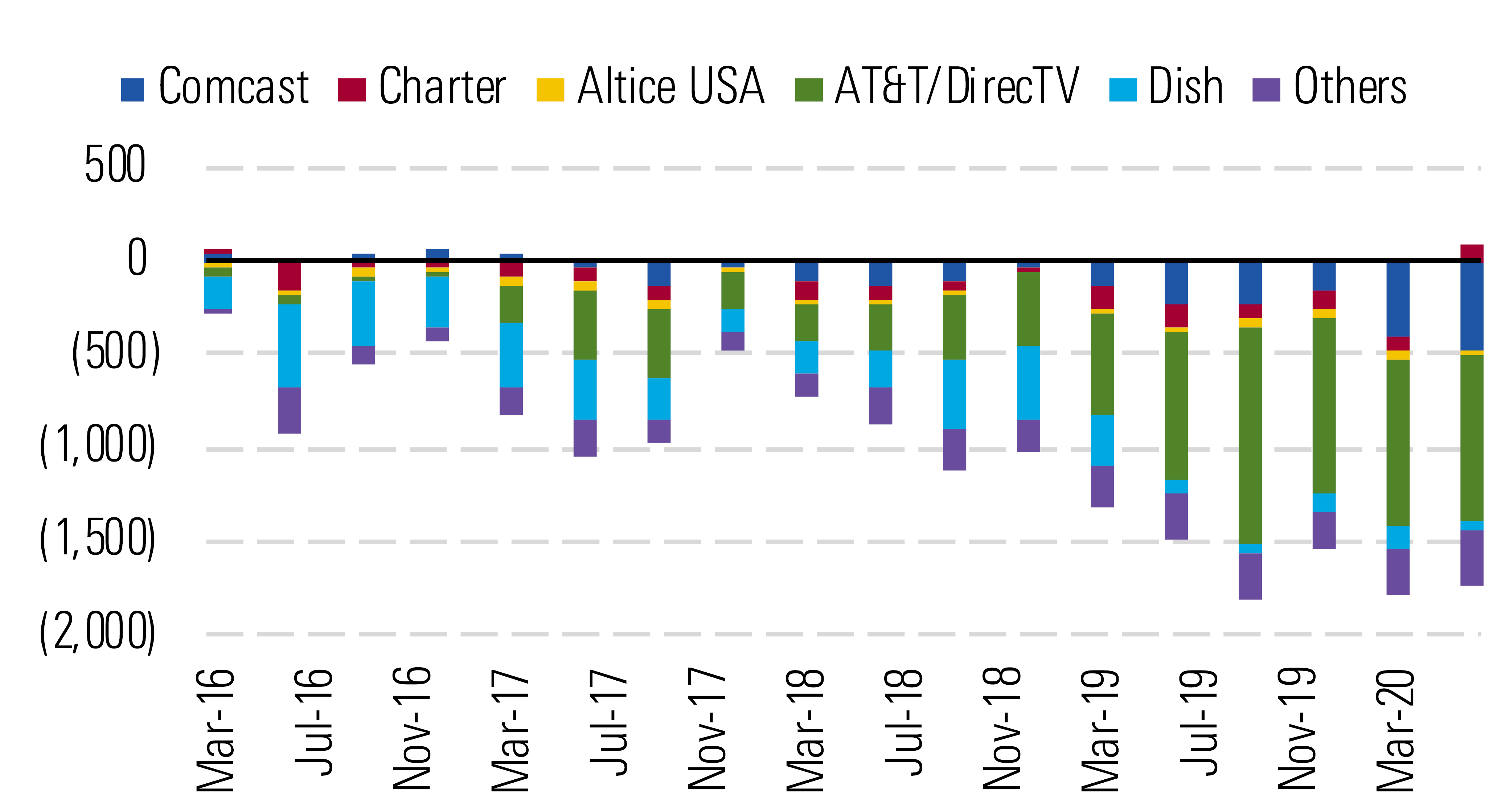 We expect Omnicom, the world’s second-largest ad agency holding company, will return to growth in 2021. As the economy begins to recover over the next year, ad spending should move higher, benefiting Omnicom. Plus, as the firm helps clients navigate through the pandemic, the handholding may strengthen its client relationships, resulting in fewer account reviews over the long run. In addition, Omnicom’s dividend remains intact as the firm improved liquidity earlier this year. Given the tight relationship between economic growth and ad spending, any indication of an economic recovery should improve sentiment around this stock.

Lumen’s stock (formerly CenturyLink) is depressed, in our view, because the market has continually focused on revenue rather than the stable free cash flow the firm continues to produce. With a market cap just over $11 billion, the firm generated over $3 billion in free cash flow each of the last two years, and we expect a similar level is sustainable as Lumen has ample opportunities to take further cost out of its network. Beyond its $1 billion annual dividend, we expect remaining free cash will continue being used to reduce leverage. Less than $10 billion in debt matures over the next five years.

By selling Twenty First Century Fox’s entertainment assets to Disney in 2019, Rupert Murdoch created a unique media firm, heavily focused on live events, primarily via Fox News, the Fox broadcast network, and FS1. Murdoch has effectively turned Fox into a large-scale bet on his own long-held belief on the value of live sports and news in the U.S. Given the importance of sports and live news to the pay-television bundle, Fox is well positioned to capitalize on those trends. The recent market sell-off across media has made valuation more attractive for investors, with the shares sitting about 30% below our fair value estimate.