Healthcare policy remains a key debate in the upcoming election, but we have made no changes to our economic moat ratings or fair value estimates for our healthcare coverage based on potential changes after the election. As a positive for the healthcare industry, a "Medicare for All" scenario appears dead during this election cycle. However, we still see a path to more-affordable insurance options that could help the United States almost reach universal coverage if Democrats sweep the electable bodies of the federal government. Proposed changes by Joe Biden’s campaign look likely to expand the existing safety nets in the U.S., and we think a public option has the most potential to alter the U.S. healthcare system. However, we suspect it would be much more likely to influence the individual exchanges than the employer-sponsored insurance that covers roughly half of Americans. Based on our projected pricing of a public option, we suspect that any shifts from employer-based insurance would be limited to very small employers with a risk up to about 10% of that market. 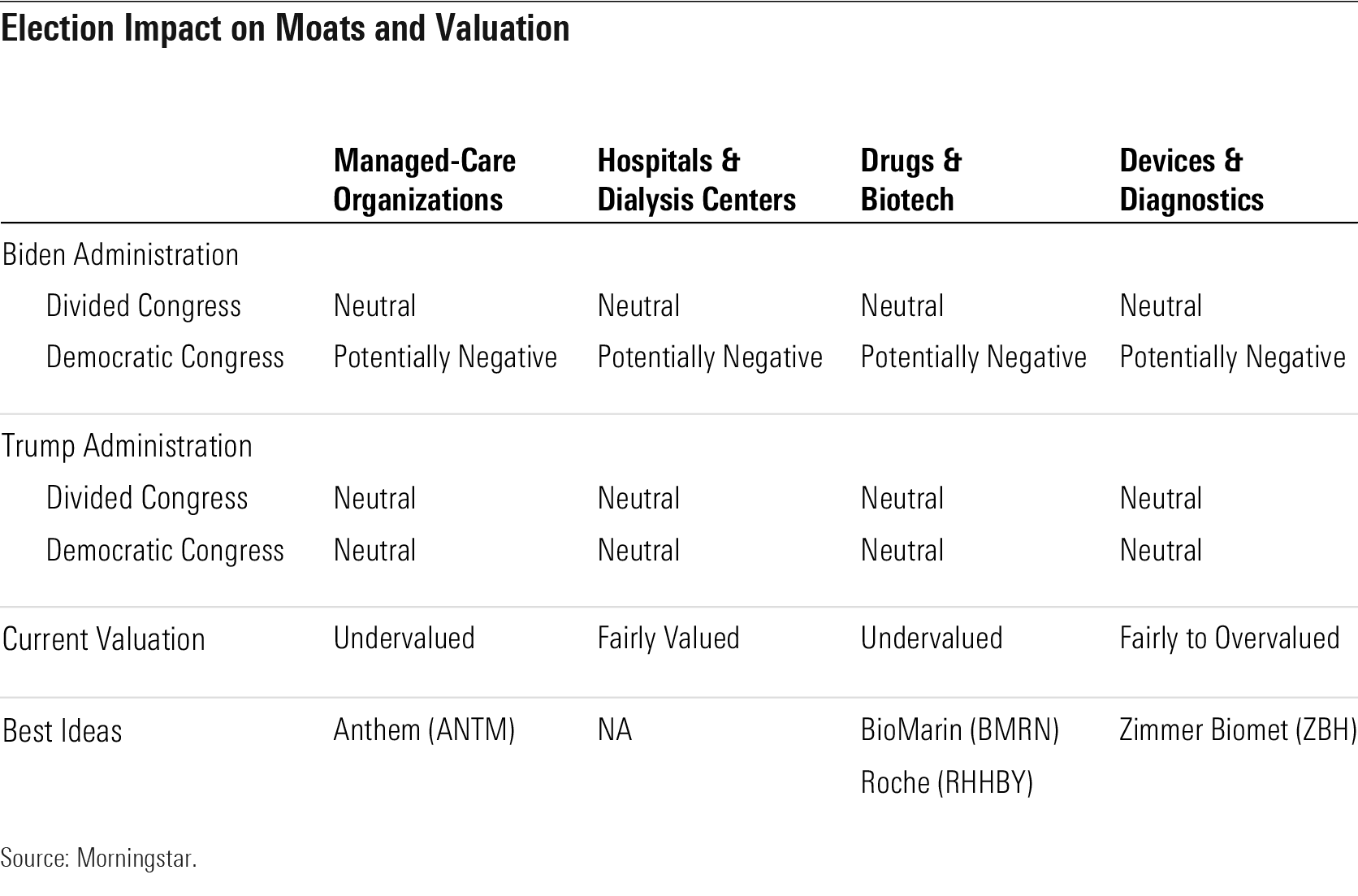 Julie Utterback does not own shares in any of the securities mentioned above. Find out about Morningstar’s editorial policies.