The growing number of bond exchange-traded funds launched in 2020 has made it easier for investors to find cheaper fixed-income funds--both actively managed and index-tracking strategies. This year’s crop of 18 new bond ETFs continues the trend of recent years for an increased number of bond strategies available in an exchange-traded wrapper. Offerings since 2018 include bond ETFs from Vanguard, Pimco, and Fidelity. 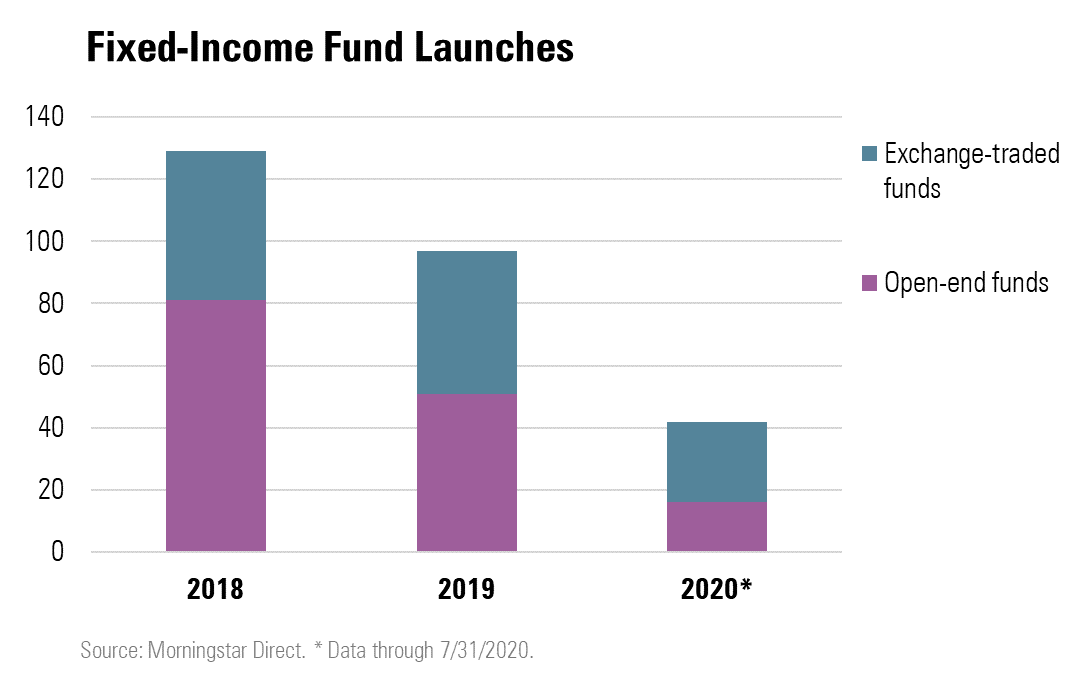 These newer funds have increased fee competition in most bond categories--good news for investors. Of the fixed-income funds that are among the cheapest 10% of their respective Morningstar Categories, 40% were launched in the past four years.

Seven of the 18 fixed-income ETFs launched this year are actively managed strategies. While expenses on these funds are slightly higher than the average ETF, they are still lower than what investors pay for actively managed open-end funds. 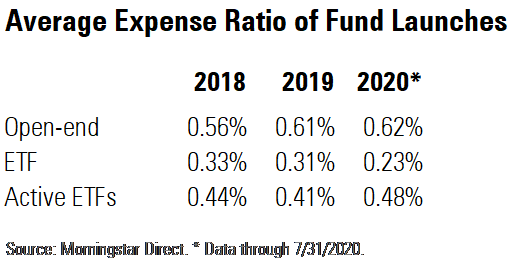 In the ultrashort category, three funds launched in the past three years that received Gold or Silver quantitative ratings. Pimco Enhanced Short Maturity Active ESG ETF (EMNT) carries an expense ratio of 0.24% and invests in short-term fixed-income securities with a concentration on socially conscious companies. The fund was added to the Morningstar Prospects list by our Manager Research analysts in July. Fidelity also offers a cheap ultrashort fund--Fidelity Low Duration Bond Factor ETF (FLDR) is 13 percentage points lower than the median fund in the category with an expense ratio of 0.15%.

The best deal out of the new ETFs may be the Vanguard Total World Bond ETF (BNDW), launched in 2018. BNDW carries an expense ratio of 0.06% and offers exposure to world bond funds at a significantly lower cost than other funds in the category. (The median world bond expense ratio is 0.76%.)